Where the U.S. gets its oil from

Despite the fact that late-year gasoline prices have risen to the second-highest in recent memory, a new report from the UT Energy Poll shows that most Americans have little clue where their gasoline even comes from. According to the poll, 3 out of 4 Americans think that the U.S. imports the majority of its oil from somewhere in the Middle East. 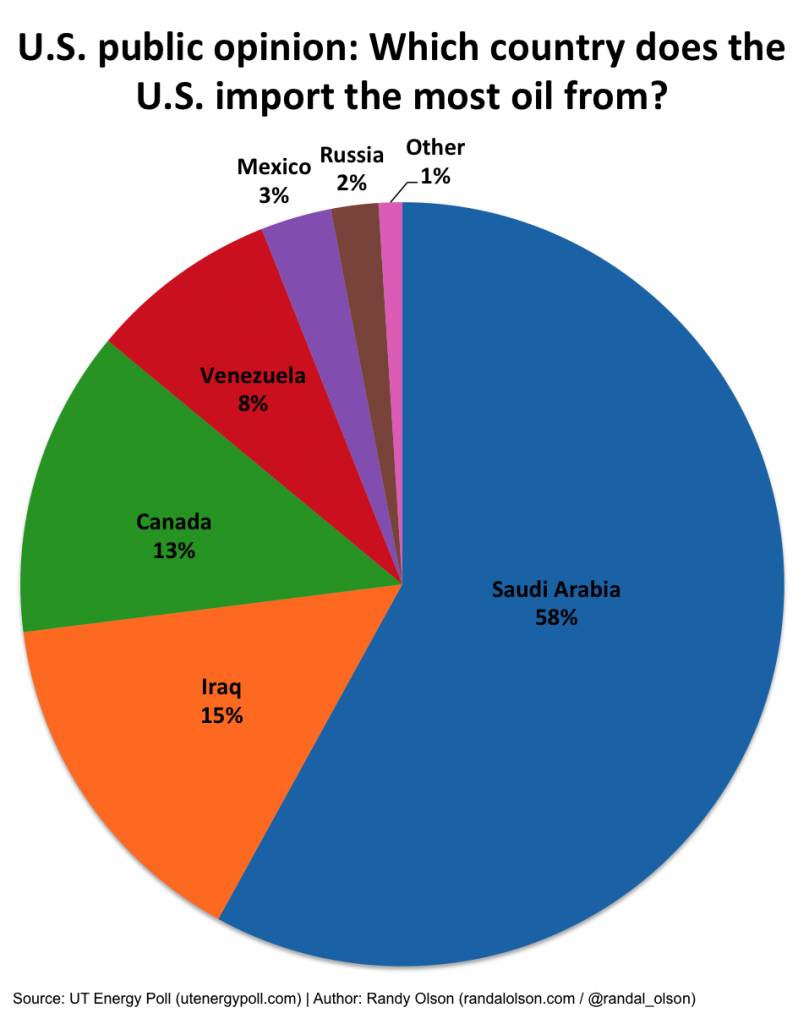 Yet when all of the U.S.'s oil imports are stacked up, oil from the Middle East comprises less than quarter of U.S. oil imports. In fact, the majority of the U.S.'s imported oil comes from countries in North and South America. 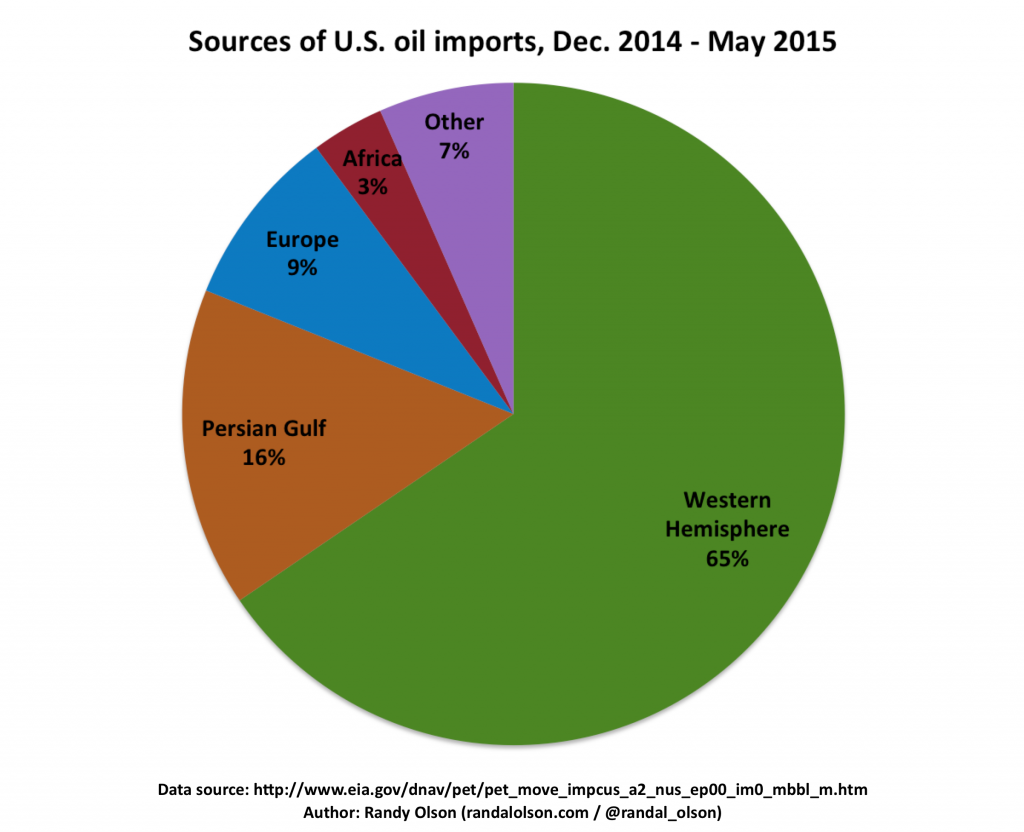 If we look up the top 10 exporters of oil to the U.S., we might be surprised to find that our friendly neighbors to the north are the ones working the hardest to keep our gasoline tanks full. (Or at least, 87% of us will be surprised by this!)

You're reading the chart right: the U.S. imported 701 million barrels of oil from Canada in only 6 months. That's roughly 13.3 billion gallons of gasoline! 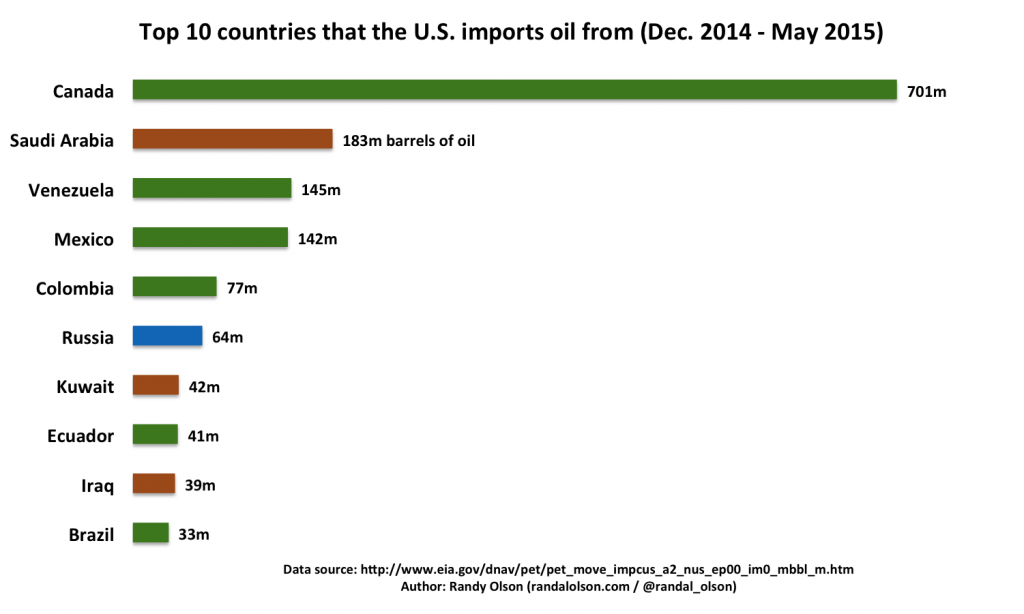 If you're a little more in-the-know than most people on this topic, you'll notice that the imports listed above don't even come close to matching the U.S.'s insatiable appetite for oil. And that's where the most important fact in this article comes in: 60% of the oil that Americans use is produced right here in the U.S. 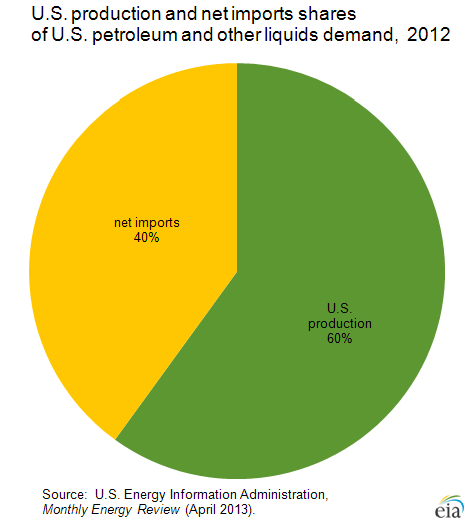 In fact, only between 1997-2010 did we see oil imports rise above our own oil production. This trend began to reverse in 2005 and we're now on a stable path toward (mostly) oil independence. 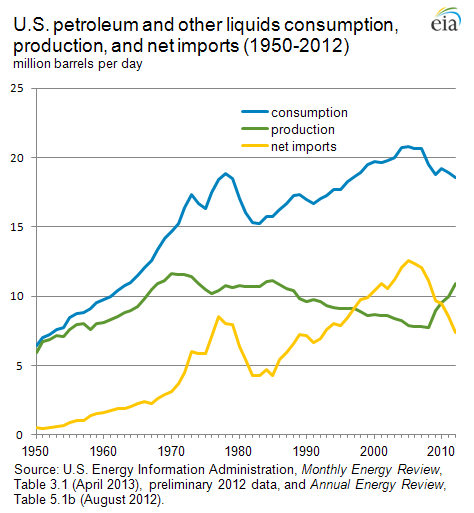 It's time we put an end to this myth that the U.S. gets most of its oil from the Middle East.

If you're one of today's lucky 10,000, I'm calling on you to share these facts with your family and friends today so they will be better informed when voting on energy policies in the future.