Top 10 oldest and youngest industries in the U.S.

Ever wondered what industries employ the youngest and oldest people? Wonder no more. To create the visualization below, I pulled the employment data from the U.S. Bureau of Labor Statistics web site to rank all of the industries by the median age of the people working in them. 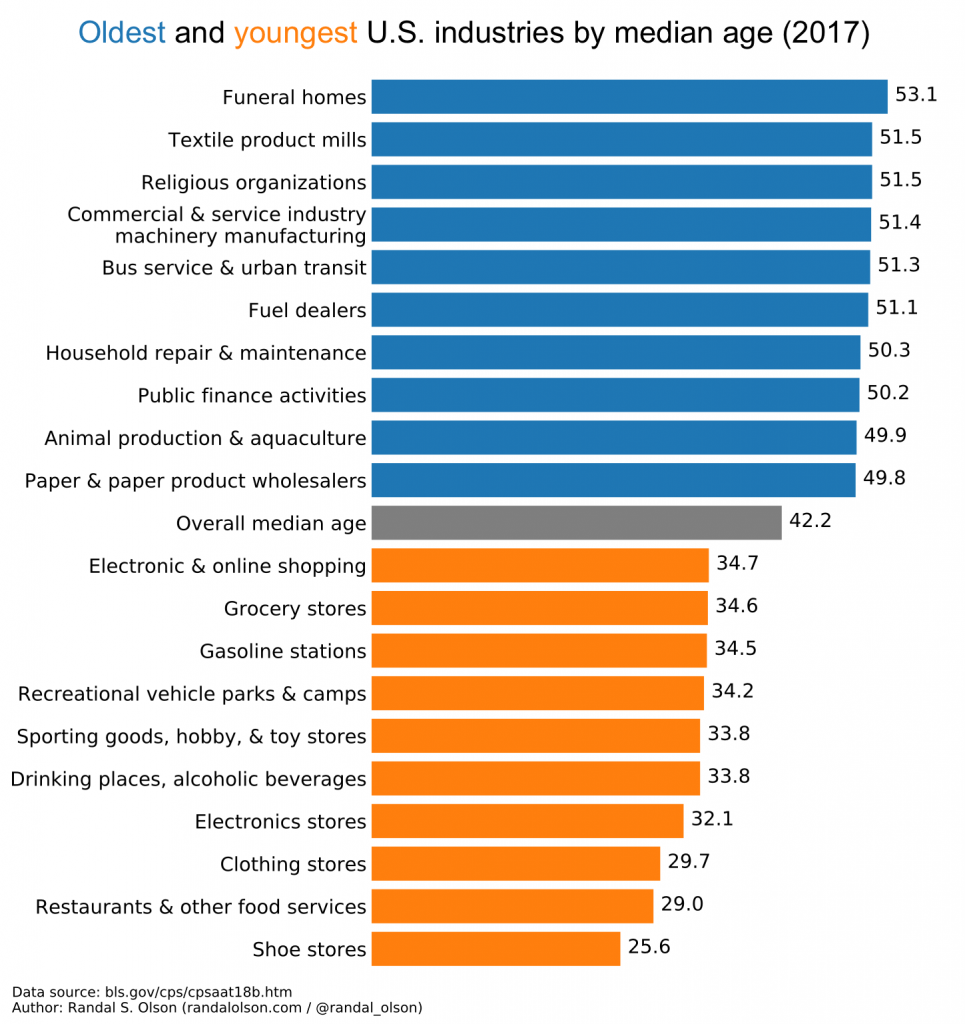 Perhaps unsurprisingly, most of the youngest industries are in retail and service: retail store clerks, restaurant waiters, and bartenders are a few examples. The most surprising finding for me here was how young shoe salespeople are on average, coming in at an average of 25.6 years old---more than 16 years younger than the national average of all industries at 42.2 years old.

If you visit your local shoe store, there's a good chance that everyone working there will be under 30. Times sure have changed since Al Bundy ruled the shoe market! 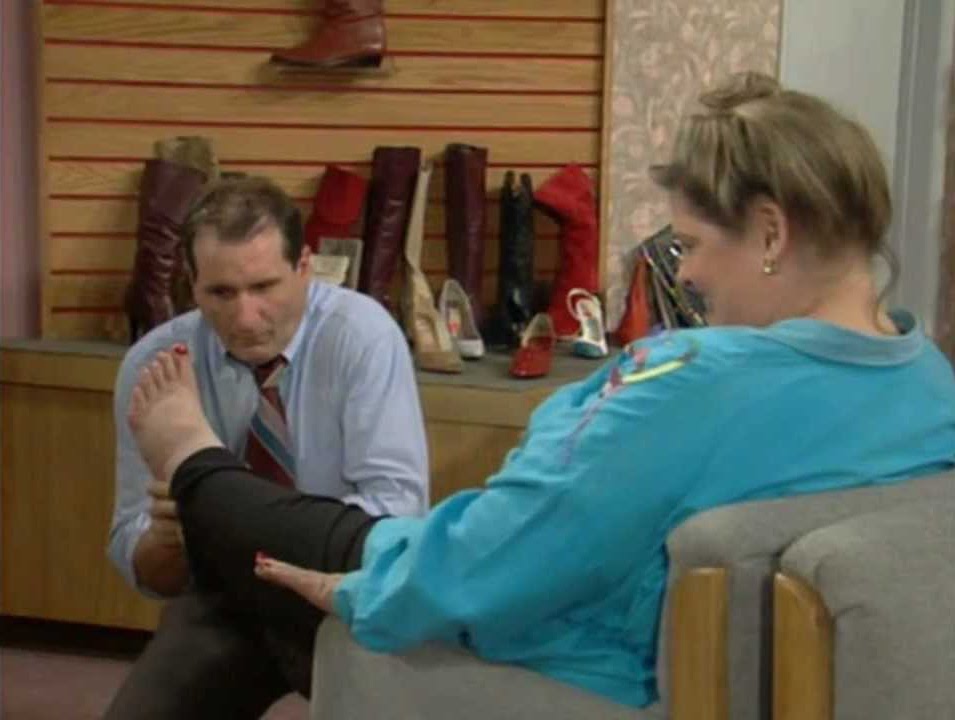 On the other end of the spectrum, the oldest industries are quite varied, ranging from millworkers to bus drivers to repairmen. There is some irony that funeral home workers host the oldest employees on average, given the focus of their occupation. For those wondering, fuel dealers differ from gas stations in that they sell and deliver the fuel themselves, typically in large quantities.

If you want to look up your occupation, use the BLS's employment records. Did you know that the average programmer in the U.S. is 41 years old?