Over the weekend, I discovered a web site where a group of dedicated film fanatics have been systematically counting on-screen kills for various actors for several years. I immediately set out to scrape all of the data from their web site and forums so I could visualize it and see what we could learn. I posted the data online to save everyone else the chore of repeating the scrape.

Below is the second in a series of visualizations I created, showing the top 25 deadliest actors by on-screen kill counts. If you would like to feature any of these visualizations on your own web site, please contact me first. 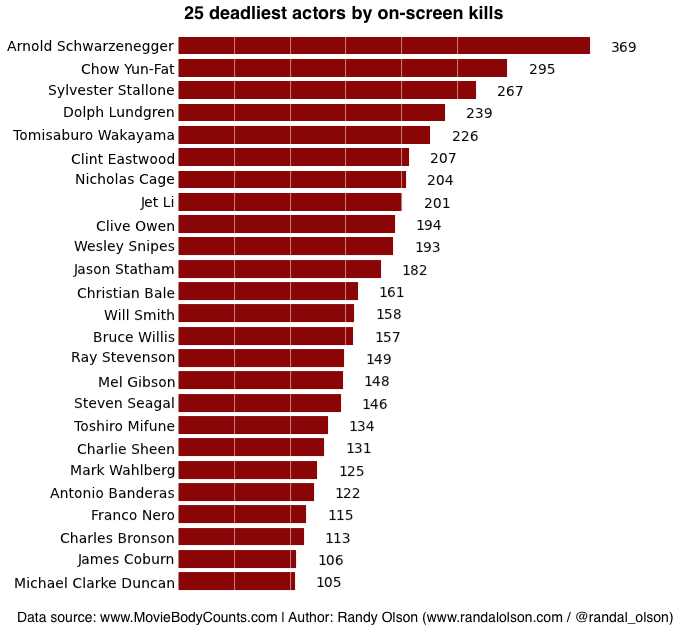 Uma Thurman ranks in as the deadliest woman with 77 on-screen kills.

The highest kill count by any one person in a film was attained by Tomisaburo Wakayama, who scored a shocking 150 kills in Lone Wolf and Cub: White Heaven in Hell (1974).