For the past week, I've been mapping out virality trends on various subreddits to better understand how posts go viral on reddit. As a neat side effect, I discovered that several niche subreddits have their own interesting virality patterns. Below are a few that I thought were worth sharing.

Every Sunday, a new episode of Game of Thrones airs on HBO. Without missing a beat, the two subreddits dedicated to Game of Thrones light up the day after the show as folks talk about the latest goings-on in the show. This happens pretty consistently for nearly every TV show on reddit. 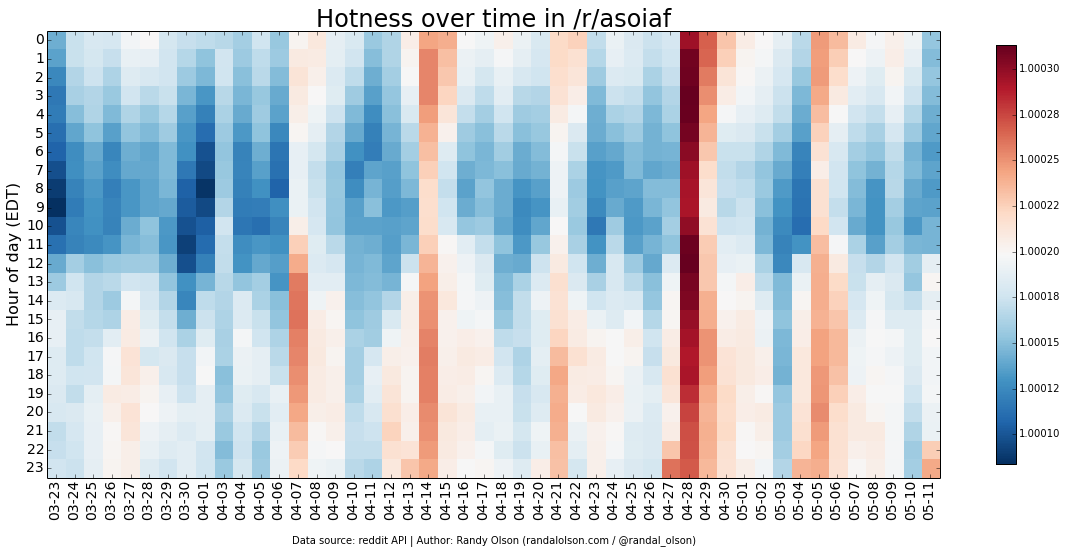 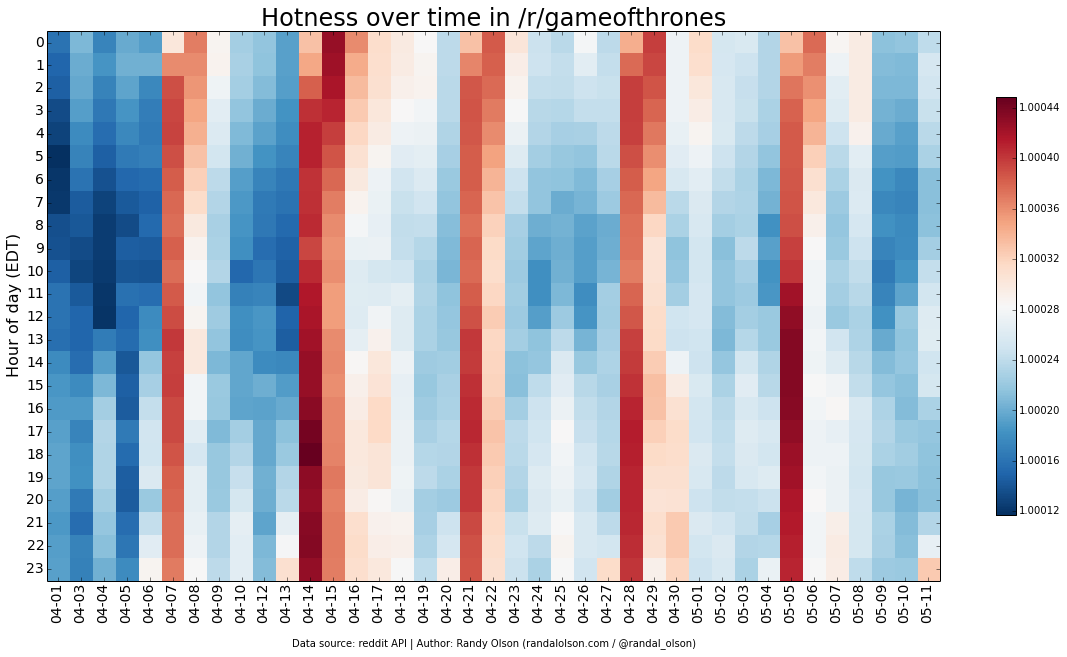 Note that the /r/gameofthrones plot is missing about a week of data.

Just as TV show subreddits rise in popularity as a new TV show comes out, so too do they die out when the series is on hiatus. Since How I Met Your Mother and The Walking Dead ended their seasons in March, /r/HIMYM and /r/thewalkingdead have slowly faded into obscurity... until next season (for /r/thewalkingdead, anyway). 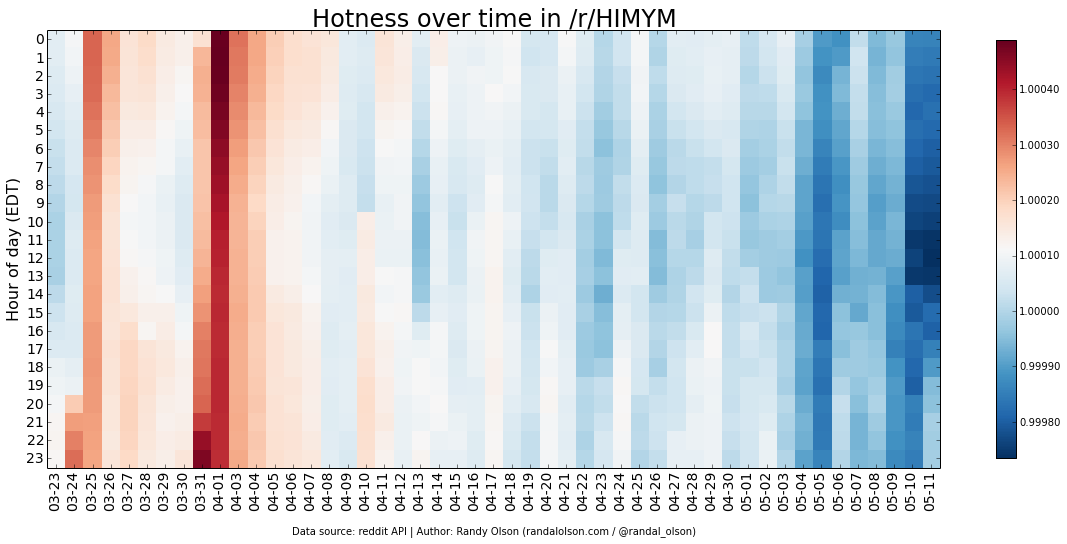 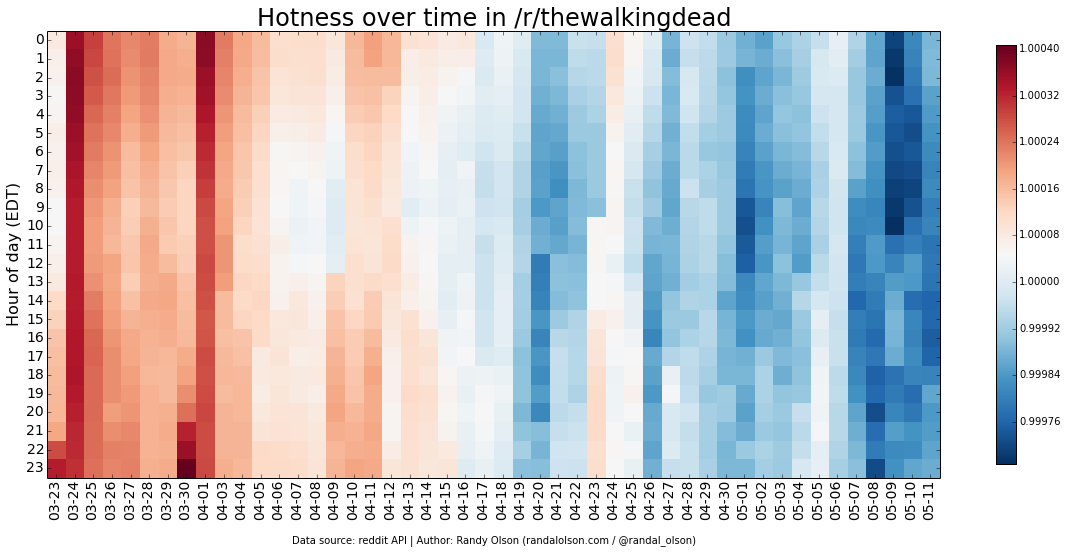 Talking about video games isn't so popular on the weekends

In the niche video gaming news subreddits /r/Games & /r/gamernews, it looks like gamers sign off of reddit and go back to playing video games on the weekends. 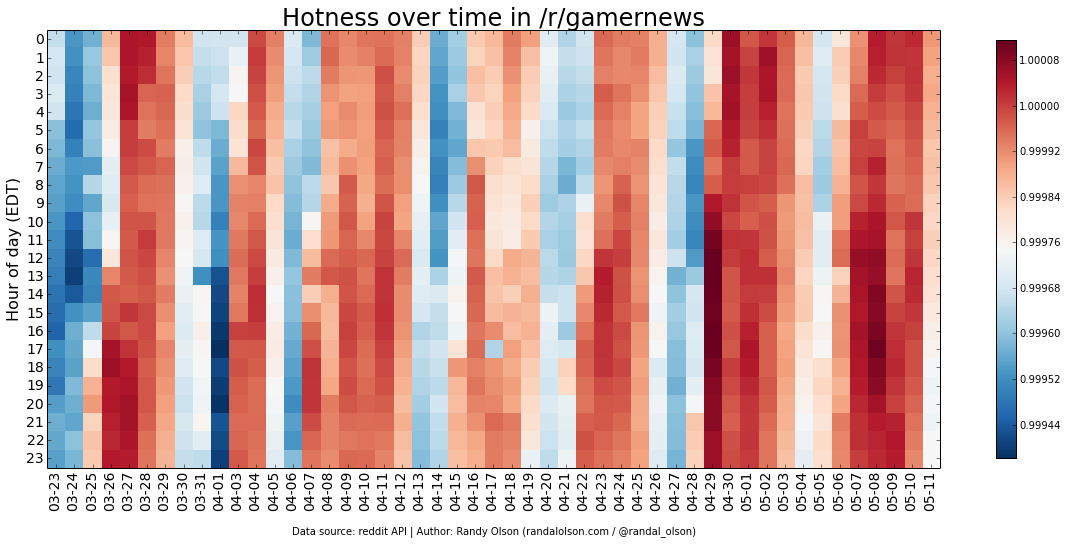 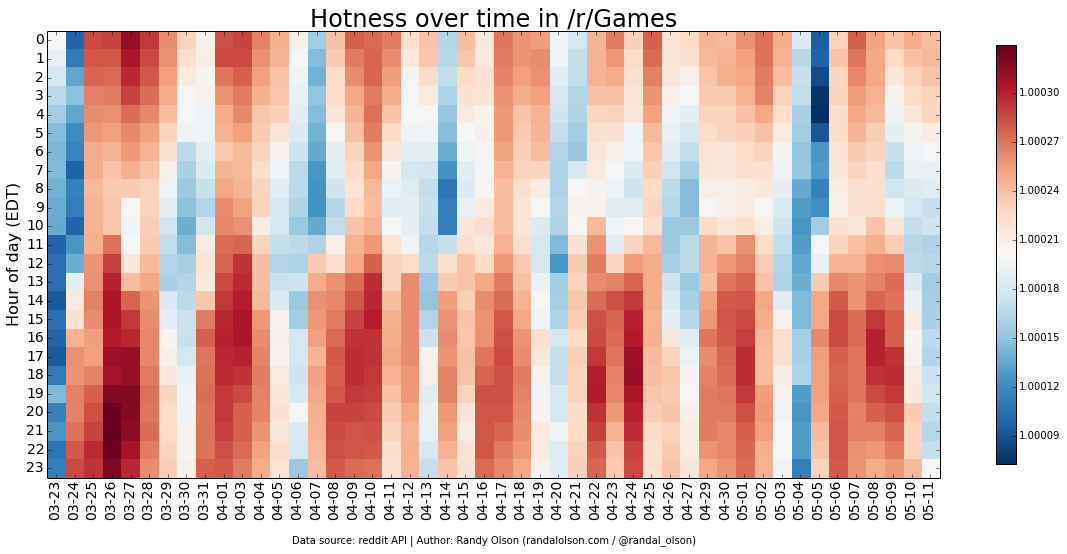