For the past week, I've been mapping out virality trends on various subreddits to better understand how posts go viral on reddit. It just so happens that the time period I sampled over covered the week that the reddit admins made a huge change to the default set of subreddits. By mapping out the hotness before and after the default set was changed (05/07/2014), we can get a unique look at how the new default configuration has affected the subreddits involved.

In a surprising move, the admins removed both /r/AdviceAnimals and /r/bestof from the default list. I won't speculate as to why that happened, but these subreddit's demotion has already had noticeable effects in the past week. /r/AdviceAnimals seems to be slowly going the way of /r/fffffffuuuuuuuuuuuu (i.e., steadily losing virality), and /r/bestof hasn't had a viral day since the change over. 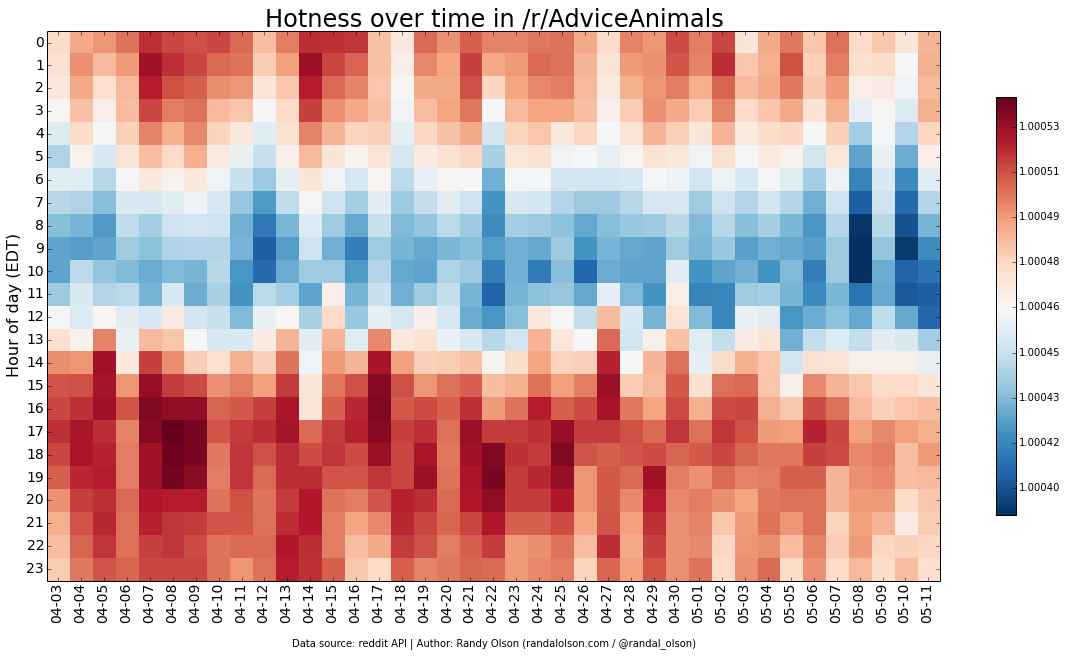 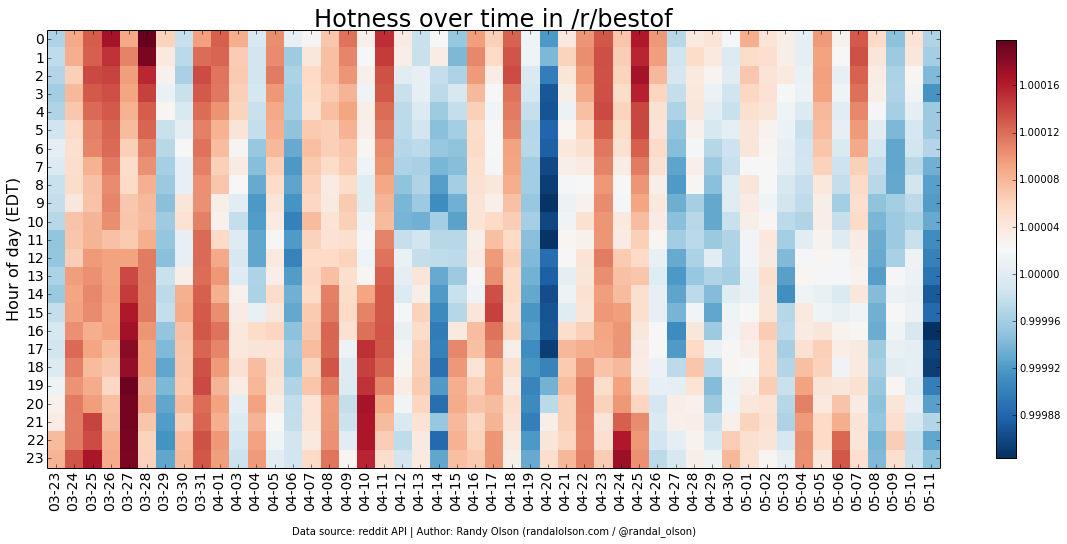 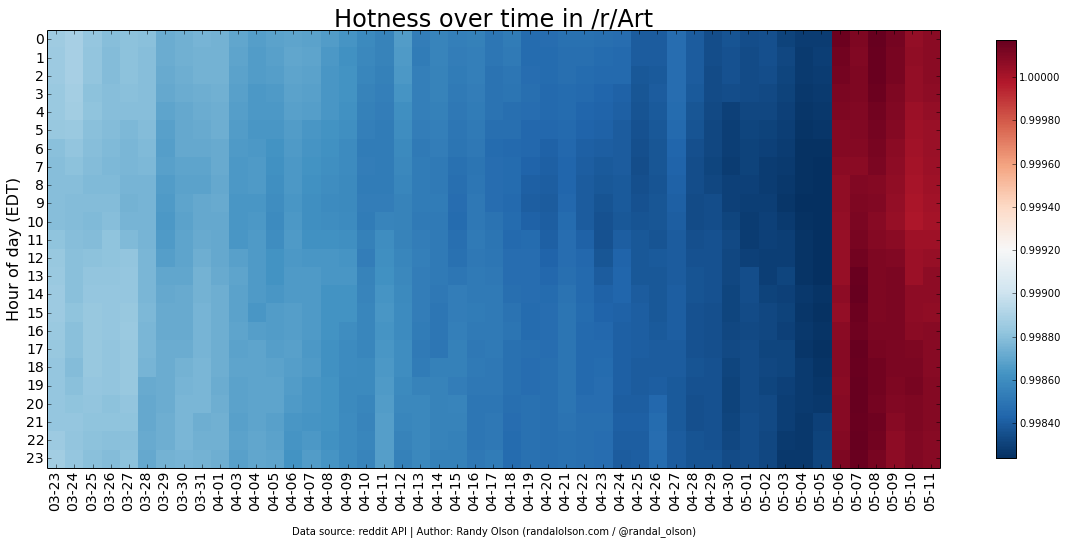 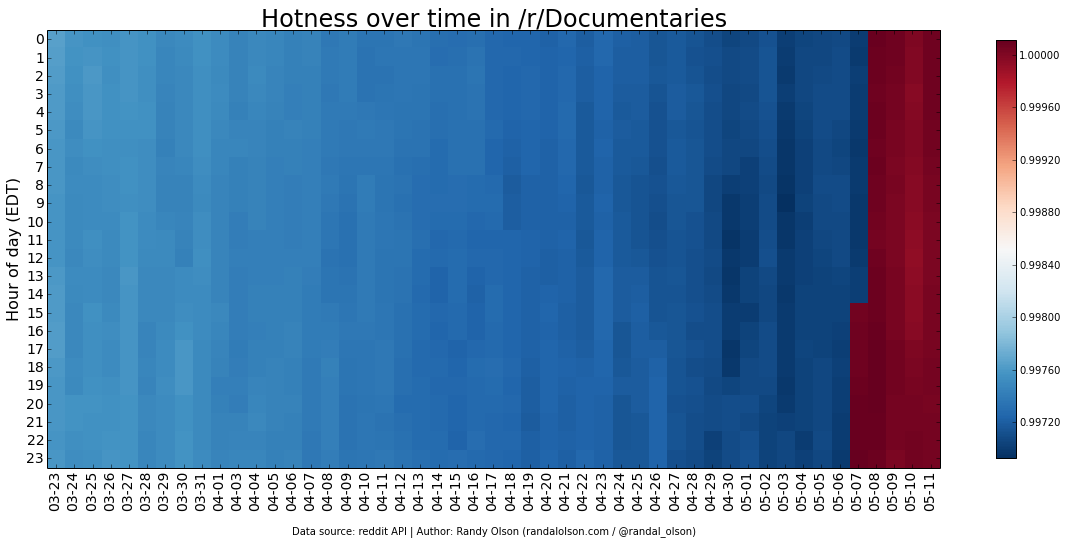 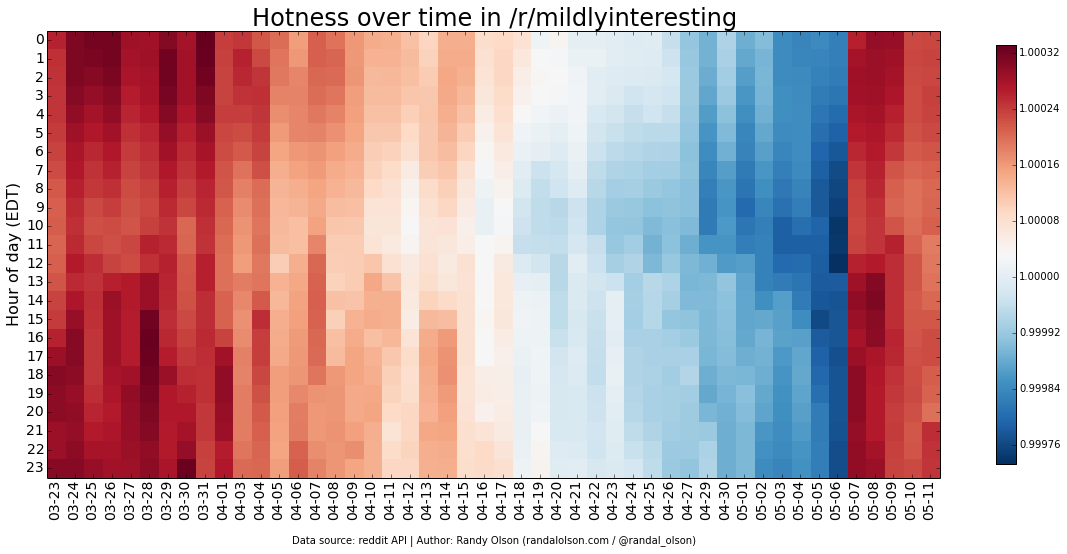 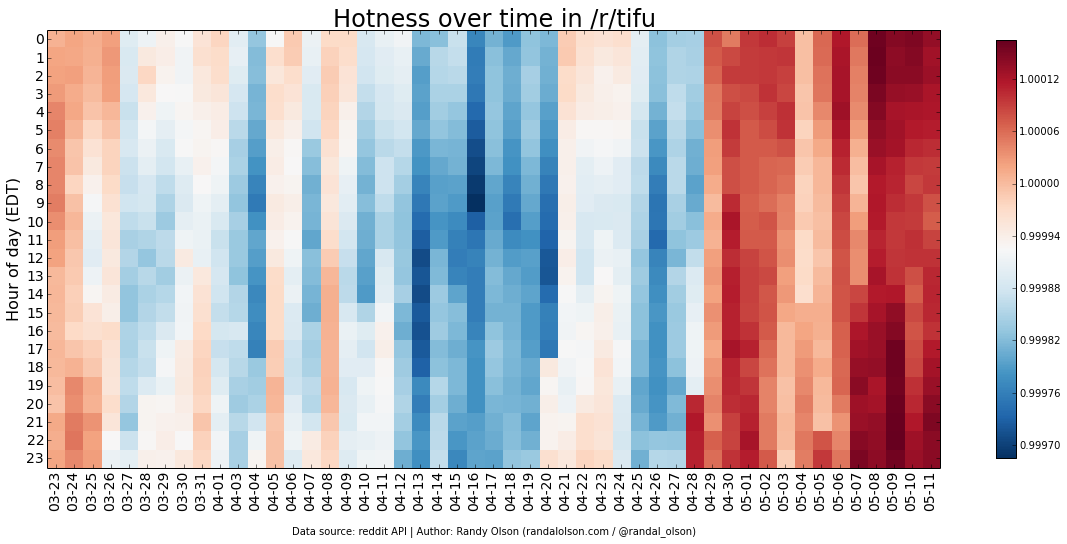 /r/dataisbeautiful also saw a initial spike in virality, but seems to be dropping back down to previous levels. I've been moderating /r/dataisbeautiful and we've been keeping a tight reign on what gets posted there, which may explain why we haven't seen a steady rise in virality. The nice part is that we don't seem to have a gap in viral posts on the weekends any more! 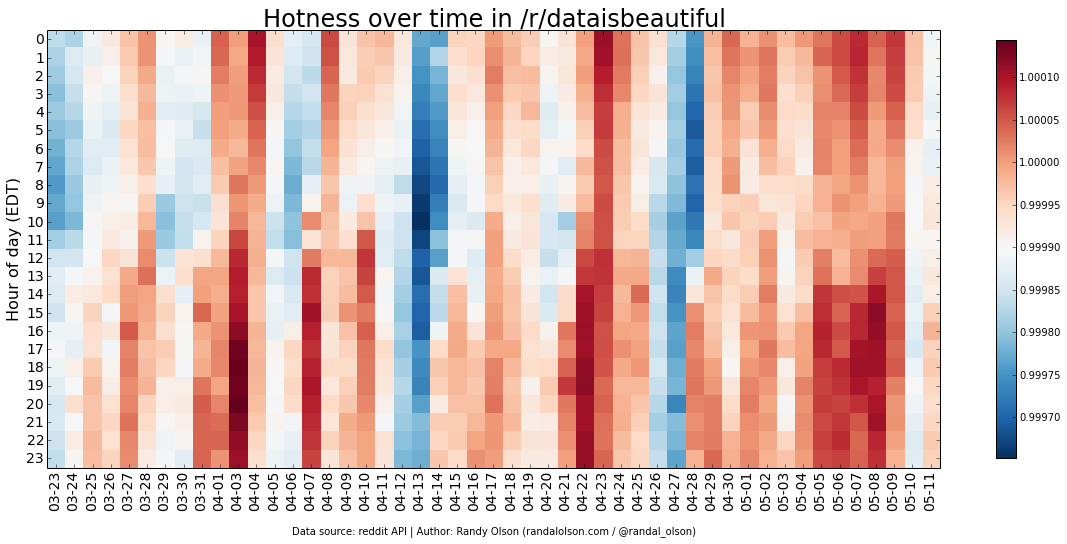 Whereas /r/DIY, true to its name, seems to have built up most of its virality already before it became a default. 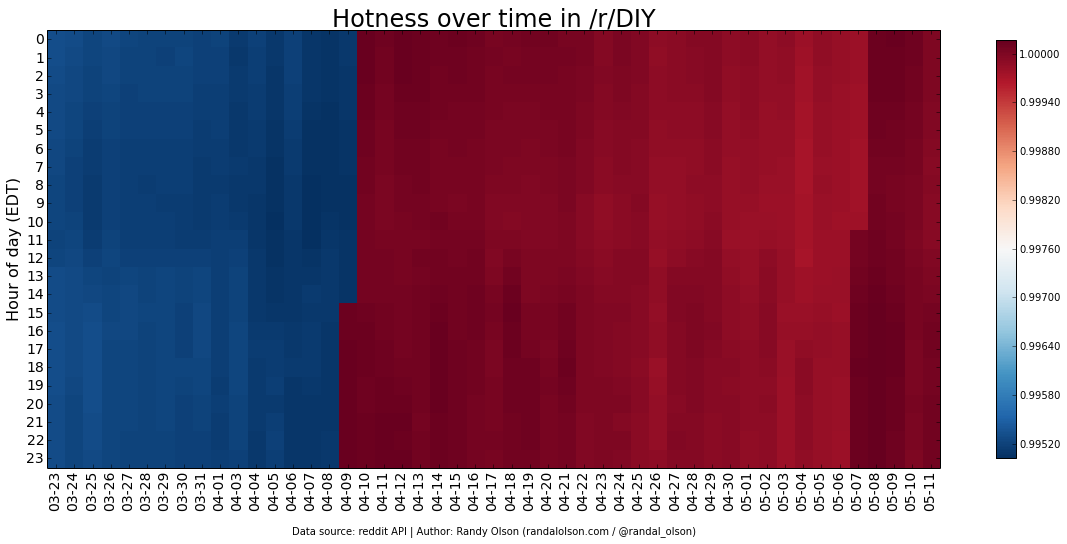 Oddly enough, some of the veteran defaults that remained defaults seem to have been affected by this new setup. Both /r/IAmA & /r/videos have dropped in virality in the past week. It looks like they were already dropping in virality for a couple weeks before the changeover, though, so perhaps their fall is already a foregone conclusion. 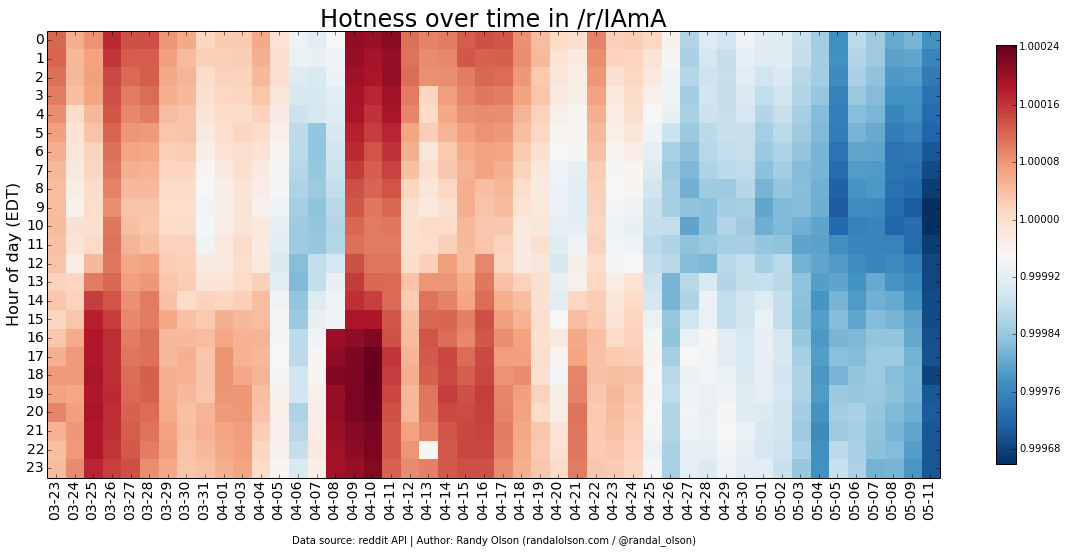 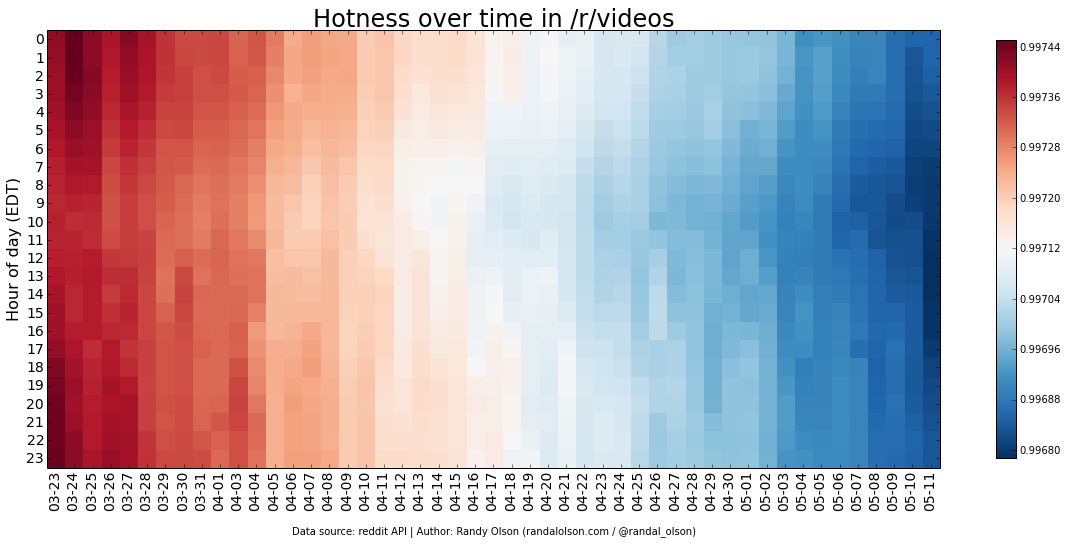 Meanwhile, most of the veteran defaults, such as /r/funny & /r/pics, have remained relatively unscathed. 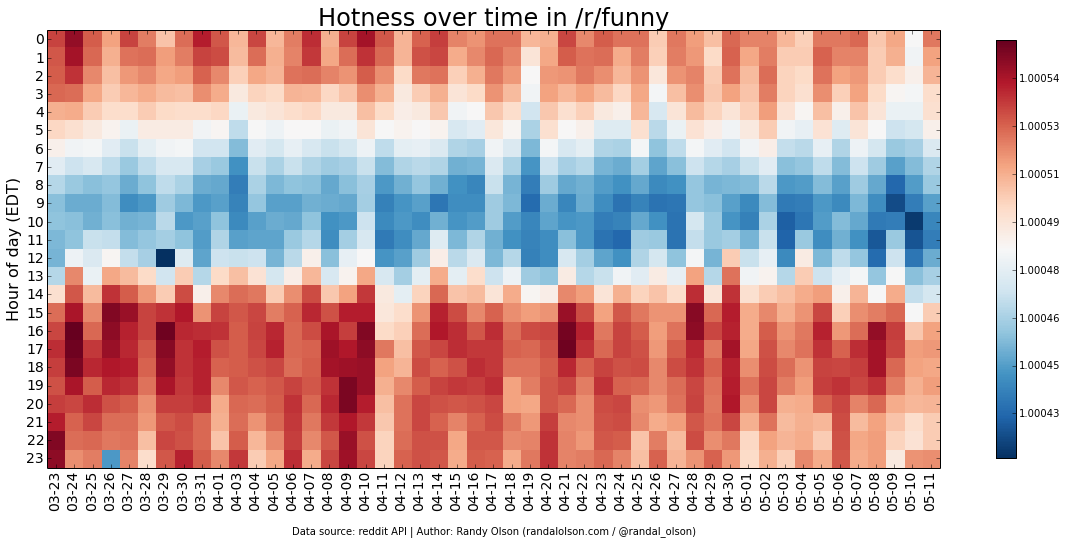 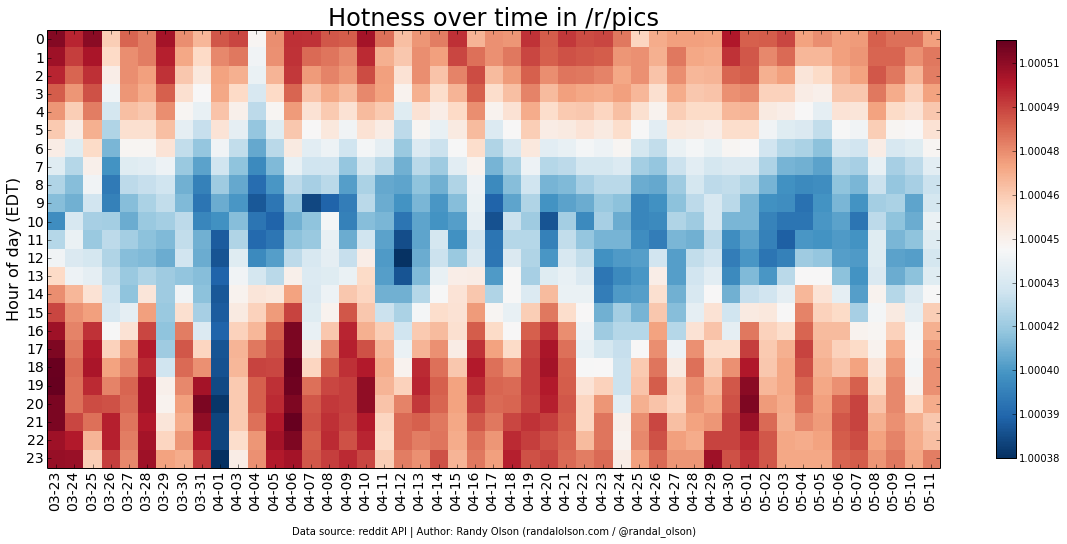