Fastest growing and declining surnames in the U.S.

Since my teens, I've been curious how many Olsons there are out there. I've seen some "celebrity" Olsons and even made friends with a couple Olsons throughout my life, but I've always assumed that Olson is a fairly rare last name. To my glee, just yesterday I discovered that the U.S. Census Bureau releases lists of the most common surnames in the U.S. every 10 years. I was quick to look up my surname: 163,502 Olsons in 2000, up +19.5% from 1990. The Olsonian empire is growing! 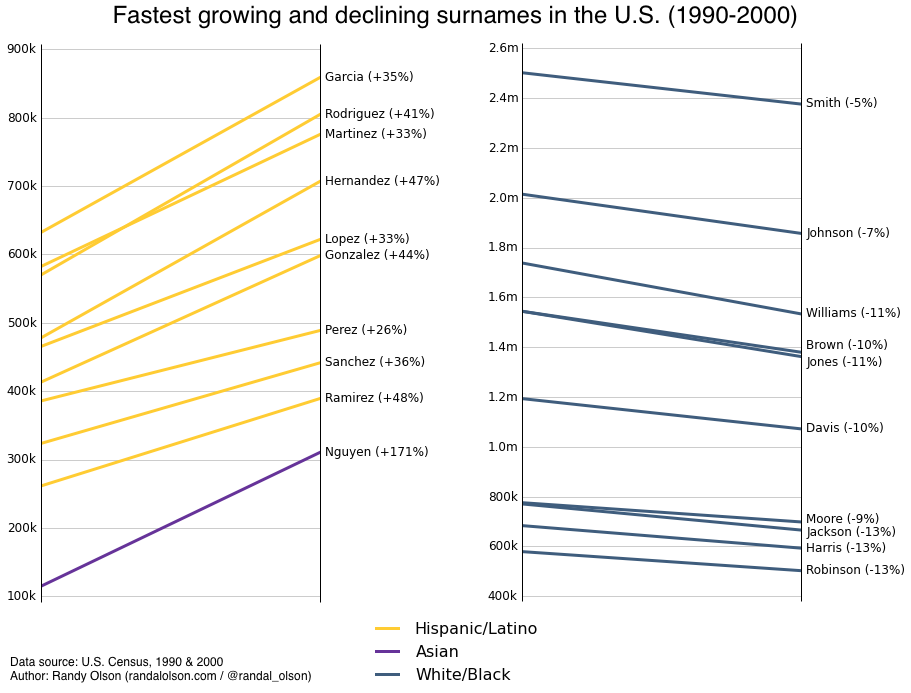 For those who follow the news, this finding should be fairly unsurprising: Hispanics/Latinos have been leading the U.S. in population growth for quite some time now. So while Lopez is probably gonna be alright, Jackson will soon have to beat it from the most common surname charts.

Just for fun, here's the growth trends for some celebrity surnames:

The U.S. Census Bureau hasn't released the list for 2010 yet, but as soon as they do, I'll update this post.