College degrees awarded per capita in the U.S.A.

As I'm reaching the end of my PhD, I've started thinking more about what I'll be doing afterwards. It's my dream job to teach and do research as a professor, but the prospects aren't promising. There's a ton of competition for academic jobs nowadays, much more so than 20-30 years ago. That made me wonder at lunch yesterday: just how much more competition is there? One way to look at that is to look at the number of degrees awarded.

A common mistake that people make when visualizing the number of degrees awarded each year is that they just report the raw number. That's not very useful if you want to compare the number of degrees awarded between years (say, to 20 years ago), because as time goes on, our population grows larger. The larger the population is, the more people there are getting degrees. Therefore, it's important to scale these measures per capita to make a fair comparison.

Below, I plotted the number of degrees awarded per capita for four types of degrees: PhDs, Master's, Bachelor's, and Associate degrees. I gathered the degree data from the IPEDS database, and the U.S. population estimates from WorldBank. I'll discuss each plot in detail below. 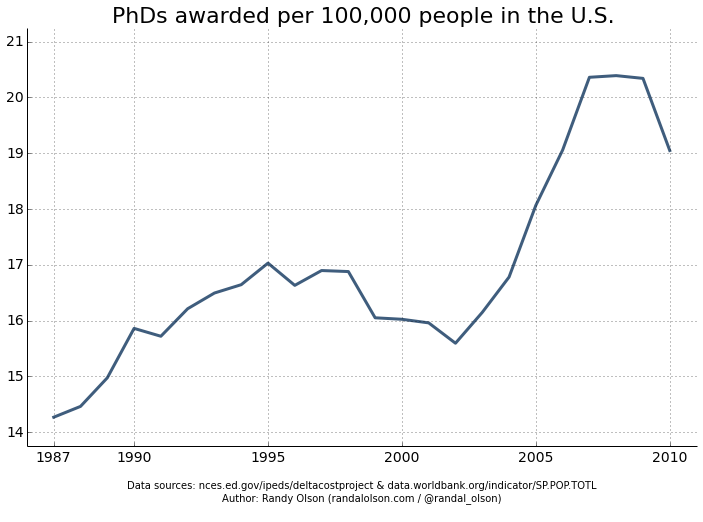 PhDs awarded was the most interesting to me, because these are the folks I'm competing for a job with. 20 PhDs per 100k people means that only 0.02% of the population earns a PhD every year, truly a rare feat that only the most dedicated students can accomplish. Yet here's the stickler: At least in biology, less than 10% of those graduates end up in academic faculty positions, whereas 50% of them share my dream of becoming a university professor. There's incredibly intense competition for an academic faculty job even with such a small set of qualified candidates!

The dip in PhDs awarded in the early 2000s stands out here, but I can only guess at the underlying cause. What happened in academia in the mid-late 1990s that made fewer people pursue a PhD? 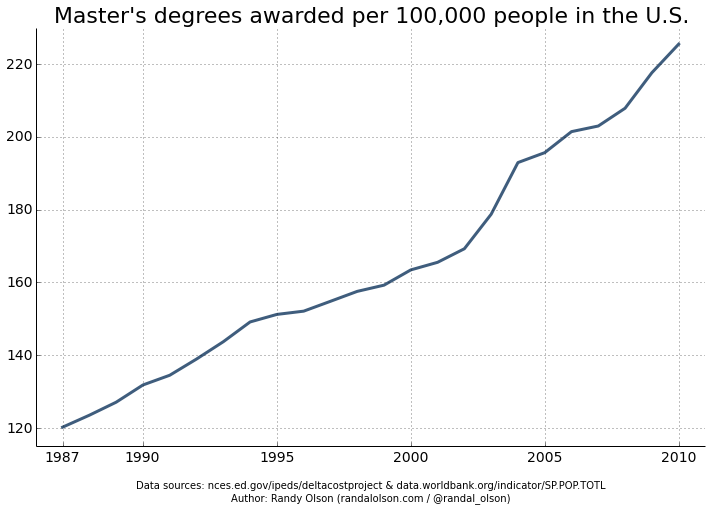 In contrast to the other degree types, Master's degrees have been on a steady incline for the past 20+ years. Interestingly, this means that the recent surge of young students lining up to get a Bachelor's degree haven't been following up to get a Master's -- at least, any more than they would've prior to the college degree surge. What's really crazy here, though, is that after 23 years, we're producing twice as many Master's degrees per capita than we used to. That really raises the question of whether the U.S.A. is really in an education crisis that it has been purported to be. 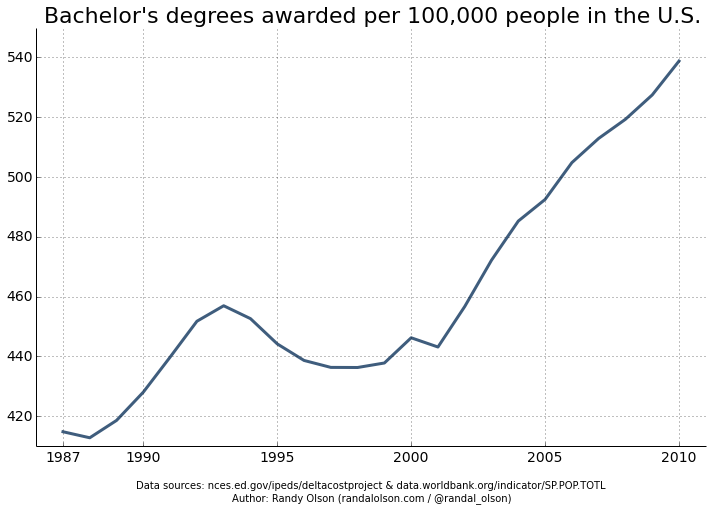 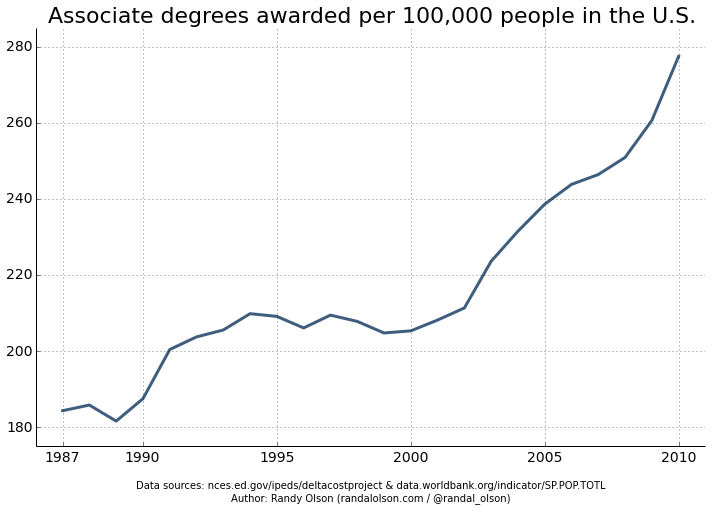 Associate degrees have followed the same trends as the other degrees, even with the lost interest in them in the 1990s. I'd really like to know what caused the general disinterest in college degrees in the 1990s; could it have been related to the Dot-com bubble?

By popular demand, I plotted all of the degree types below (now including Professional degrees) so all degree types can be compared in a single chart. Here we again see the explosive growth in popularity of Master's degrees, surpassing the growth of even Bachelor's degrees. 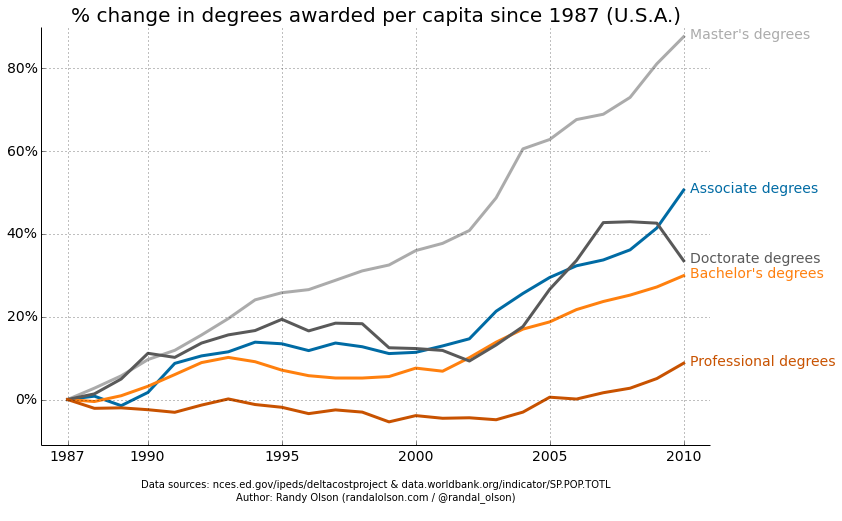