Dolla dolla bill y'all: Relative volume and value of U.S. currency in circulation by bill denomination

Last year, Seth Kadish posted some fancy charts showing the relative volume and value of U.S. currency in circulation. Although his charts looked visually appealing, they were fairly heavily criticized because of his use of nested pie charts, which make it notoriously difficult to compare the relative size of areas.

For today's data visualization exercise, I decided to try remaking his charts as stacked area charts instead. This was a fairly straightforward exercise: I took the volume and value data from the Federal Reserve's data repository and remade the charts in Excel. Note that I tried to keep everything else as similar as possible, including the color scheme (for better or for worse). 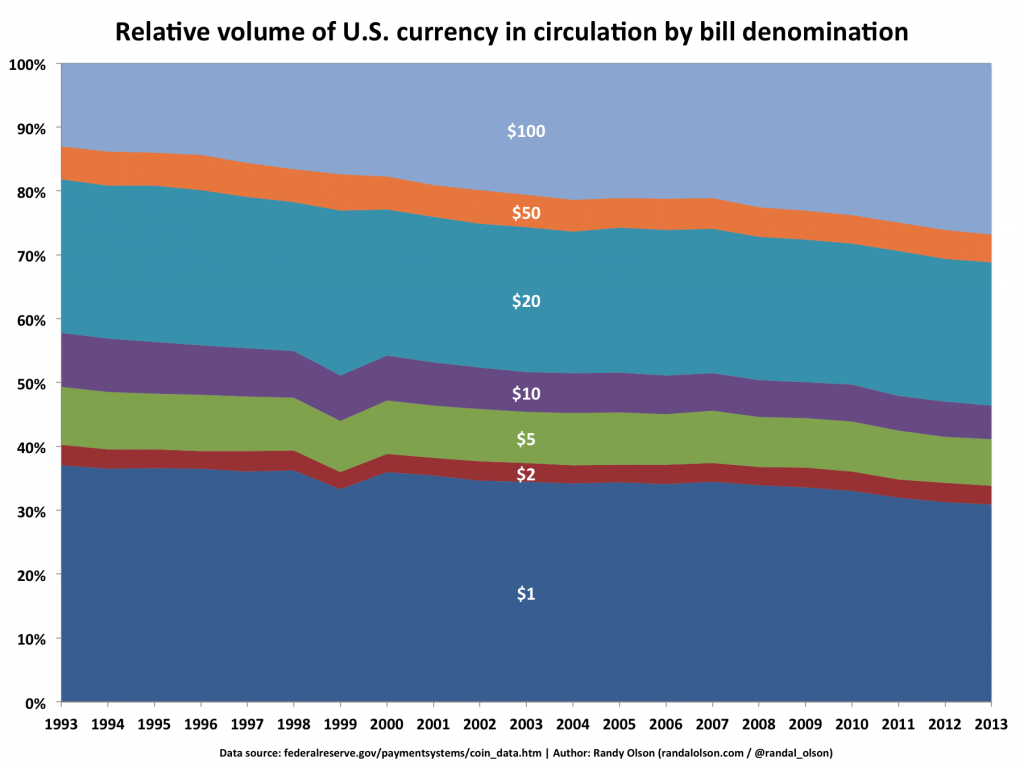 Whereas there have always been more $1 bills in circulation (about 35% of all bills), $100 bills have steadily grown from 13% of all bills in 1993 to 26.7% in 2013. The rest of the bills have remained relatively consistent throughout the years: $5 bills around 7%, $10 bills around 6%, $20 bills around 23%, and $50 bills around 5%. The only notable spike occurred in 1999, when an abnormally large number of bills were created (except $2 bills), seemingly focusing on $20 bills. Interestingly, many of the (presumably older) bills were destroyed in 2000 and 2001, marking the only years on record where we actually saw a decrease in the total number of bills.

Bills larger than $100 were excluded because they comprise too small a portion of all bills to be effectively visualized. 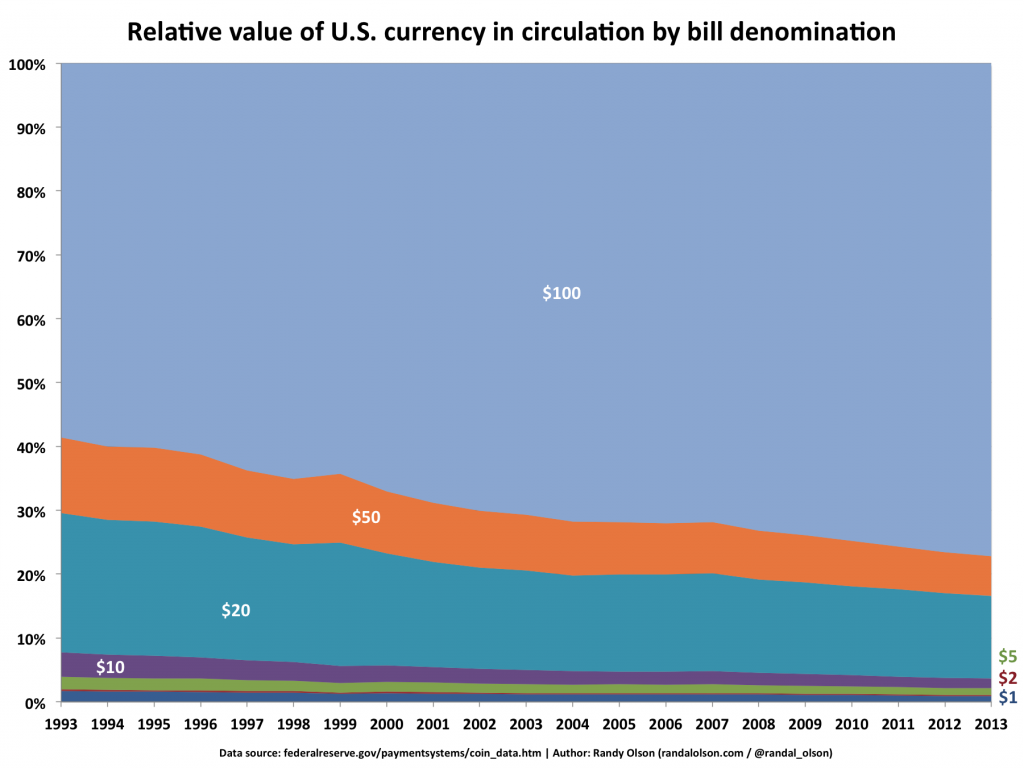