Who are the climate change deniers?

It seems that every 6 months, we see the news light up with reporters quoting the latest public opinion poll results on global climate change.

"Climate change denial is up 7 percentage points this year."

"1 in 5 Americans now deny that climate change is occurring."

I've always wondered: Wouldn't it be much more helpful to provide a historical perspective on the issue? To accomplish just that, I took data from the renowned UT Energy Poll and plotted it below. 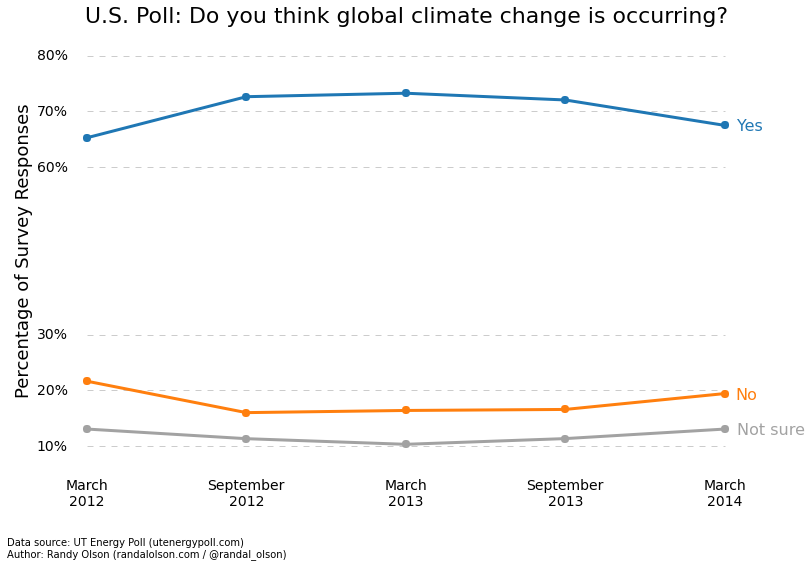 The result? Despite the continuous raging debate, the average American's acceptance of global climate change hasn't really budged in the past 2 years. Acceptance of climate change in America has hovered around 70% since at least March 2012.

Why is that? 97% of climate scientists agree that global climate change is occurring. The news was abuzz about climate change and global warming earlier this year. Even President Obama made an official statement on the topic in June.

So why do these Americans refuse to budge on the issue? In a provocative article earlier this year, Chris Mooney suggested a simple answer: "Conservatives don't deny climate science because they're ignorant. They deny it because of who they are."

Could this be true? Do climate change deniers know all there is to know about climate change and global warming, but they still refuse to accept it because of their beliefs? To get at this question, I dug further into the UT Energy Poll's most recent poll results.

First, I wanted to know if a person's income or educational attainment had anything to do with whether they accept that climate change is occurring or not. Thankfully, one of the demographic variables the poll collects is each person's household income. Due to the strong correlation between educational attainment and income, the graph below doubles as a measure of education. 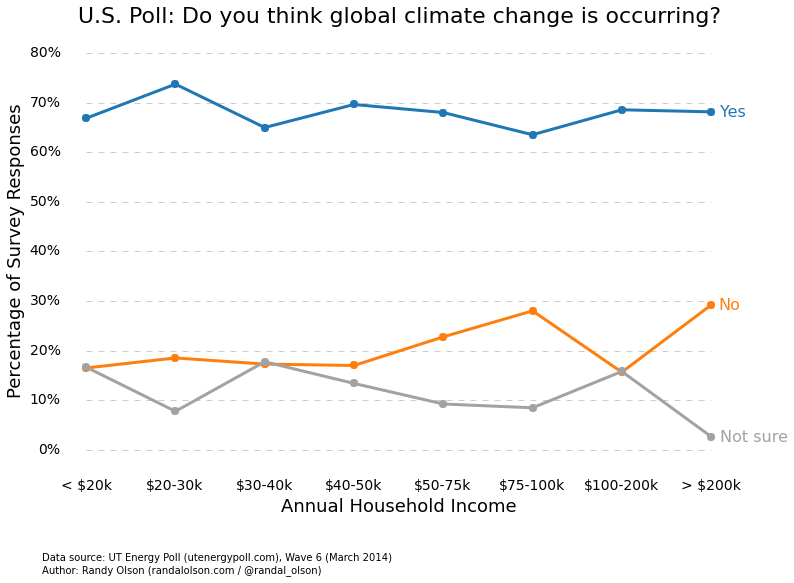 Surprisingly, income and educational attainment have no effect whatsoever on whether someone accepts that climate change is occurring or not: The "Yes" answers float around 70% regardless of whether the poll respondent brings in $20,000 or $200,000 a year. This finding seems to hint that knowledge has very little to do with whether someone accepts climate change nowadays.

If knowledge has little to do with climate change acceptance, what does? American conservatives are well-known to be climate change deniers, so what do the poll results look like when we break the answers down by political affiliation? 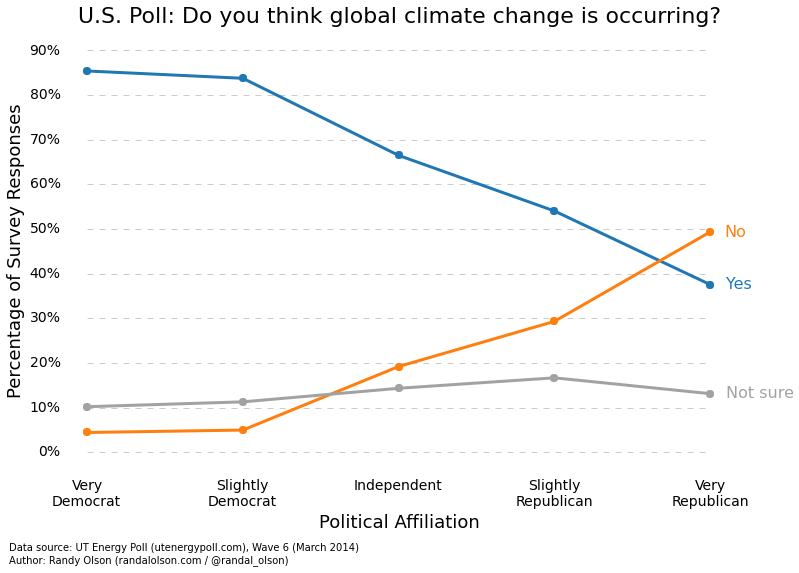 Oddly enough, climate change has also become a religious issue in the past decade. Could a person's religiosity affect whether they accept that global climate change is occurring? 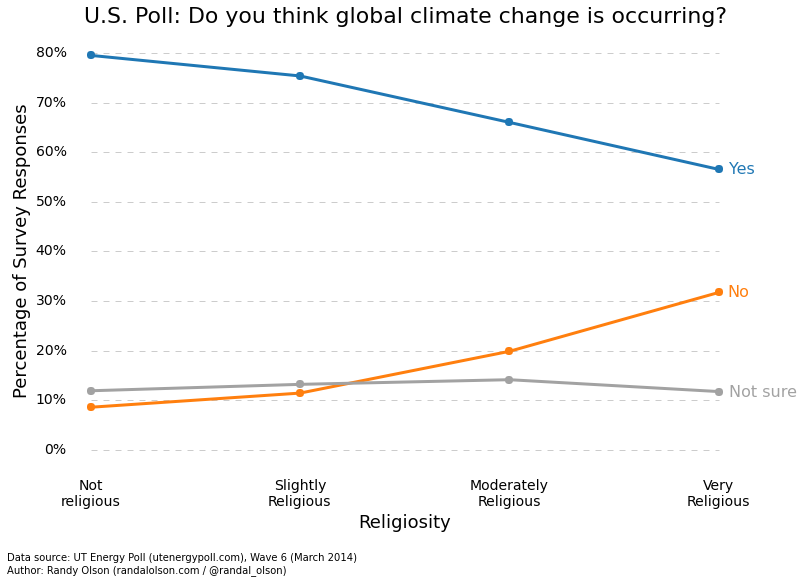 Sure enough, we see the same trend as with political affiliation: The more religious a person is, the more likely they are to deny climate change. Whereas 80% of atheists accept climate change, only 56% of all very religious Americans agree.

If that's the case, then throwing facts at climate change deniers isn't going to make them budge on the issue. As Prof. Dan Kahan writes:

"Everyone has gotten the memo on what 'climate scientists believe,'"

If Kahan is right, the implication is that we need to talk about climate science in a way that is entirely devoid of cultural meanings that will antagonize the right.

So what can we do to convince that last 30% of Americans? First off, we should stop talking about "what scientists believe" and instead actually take into consideration who we're trying to communicate with. Then we need to figure out: How can we discuss climate change without alienating the average American conservative?