Is 2014 the most unpredictable year of college football?

Florida State and Alabama have been dethroned. Several crowd favorites are struggling to stay in the top 25 (bye bye, Tigers!). And now the upstart Mississippi State Bulldogs -- who weren't ranked at the start of the season and have never won a national championship -- are ranked #1 in the national polls. It's no wonder that many spectators are starting to call 2014 one of the most unpredictable years in college football.

I decided to delve into the AP rankings history a bit more to provide some perspective on how the rankings have changed over the course of the season. Below, I plotted each team's ranking from Week 1 (preseason) to Week 9 (this week). For clarity, I left out a few teams who only appeared in the top 25 for a single week. 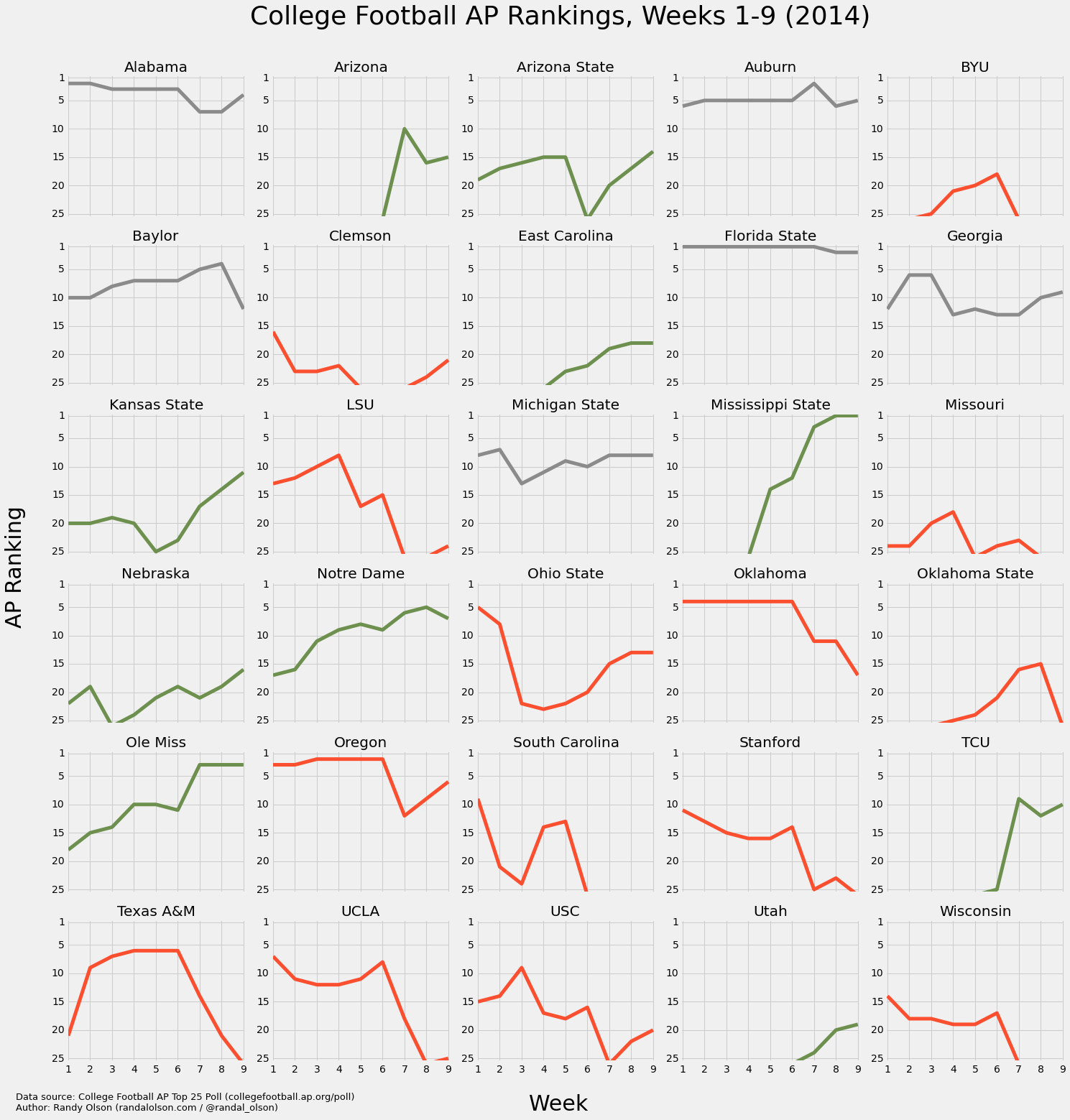 I've color coded the teams by their overall rankings trend: green for up, red for down, and grey for stable. The trend we see is quite impressive: Only 6 of the 30 teams who have appeared in the top 25 have maintained relatively stable rankings. 10 teams have gone up considerably in rank since the beginning in the season, leaving an astounding 14 teams who have suffered several upset losses throughout the season.

2007 is widely regarded as one of the most unpredictable years in college football. So how does 2014 compare? Below, I charted out the full year of AP poll rankings for the teams who were in the top 25 at some point in 2007. (Again, for clarity I left out a few teams who only appeared for a week.) 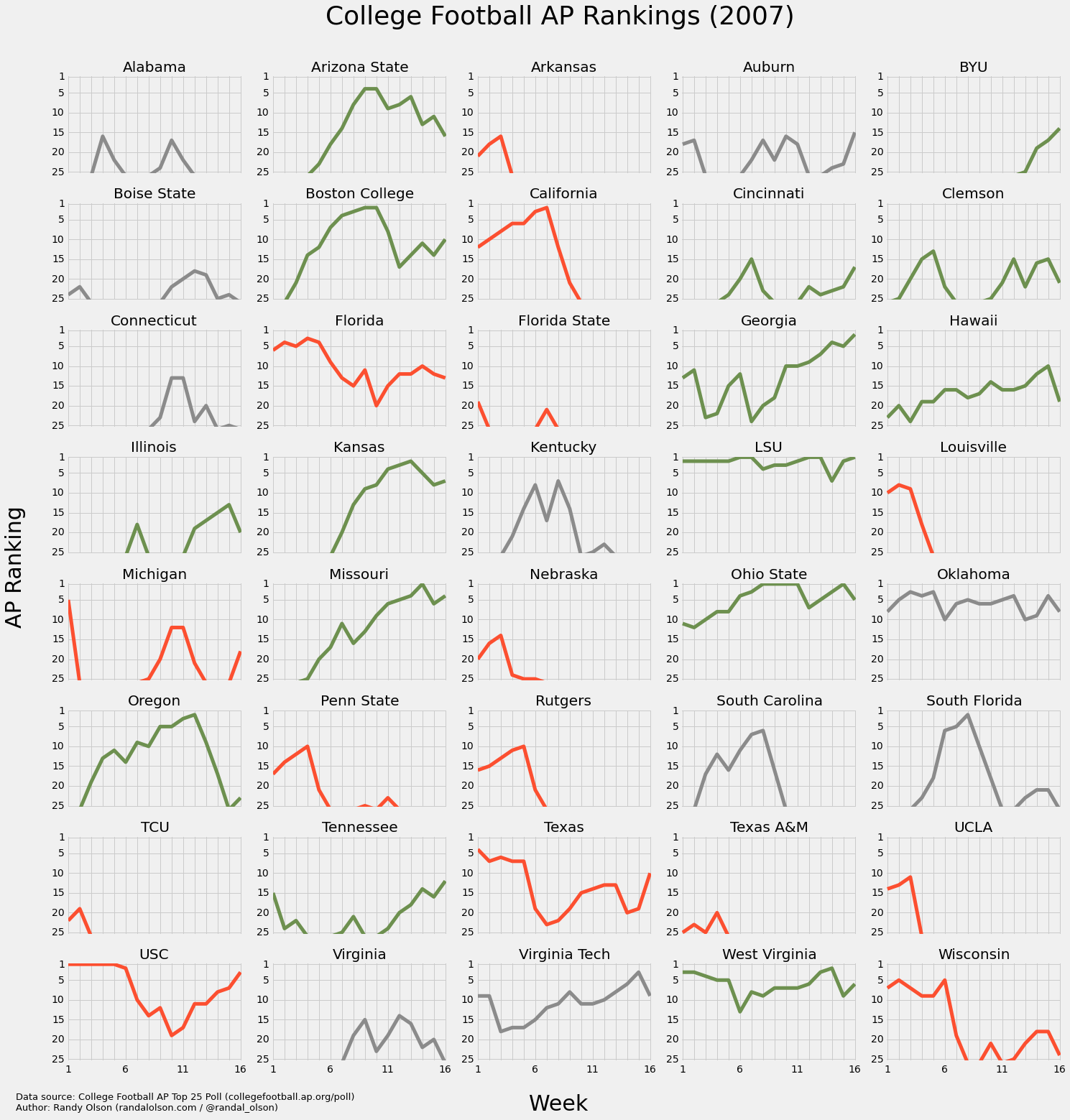 We see similar trends in 2007: Multiple teams coming out of nowhere vying for the #1 position, crowd favorites failing to perform (*cough* Wolverines *cough*), and the previous year's national champion falling in the rankings. If we tally the trend lines, we again see the signs of an unpredictable season: 15/40 teams up in the rankings, 15/40 down, and 10/40 stable.

To make a direct quantitative comparison, I calculated the variance in each team's rankings from weeks 1-9 in 2007 and 2014. (Note: I counted unranked weeks for teams as a "26" ranking.) While 2007 saw the rankings change far more (average variance: 24), 2014 isn't too far behind (average variance: 19). It seems that it's a bit too early to definitively say that 2014 is the most unpredictable year in college football, but there's still plenty of big games left to shake things up.