We can all agree that online social networks dominate most people's day-to-day Internet lives. 90% of all U.S. adults aged 18-29 have a Facebook account, and a large portion of those people check their Facebook at least once a day.

What's strange is that most people regard social networks as nothing more than a blob of status updates and links that occasionally has something interesting on it. These people rely on word of mouth or rudimentary search features to find interesting content on social networks, despite the fact that there's often small communities focused on exactly what they want to talk about.

Last year, I set out to change all that. I wanted to connect people to these smaller communities. 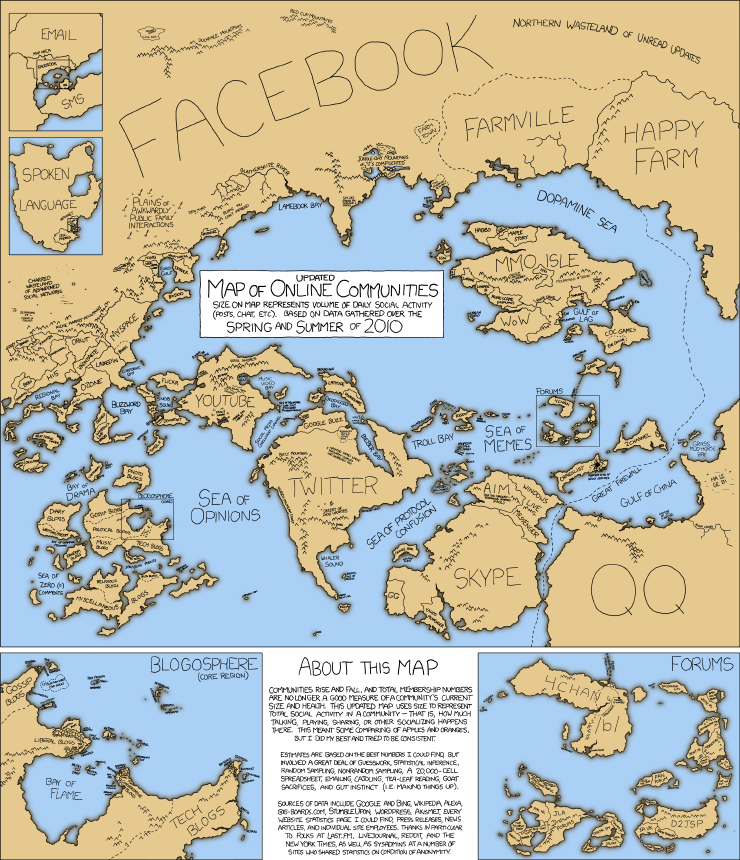 but his map wasn't particularly useful for navigating individual networks.

Thus, I set out on an expedition to map out the untamed lands of my favorite social network -- reddit.com -- like a modern-day Lewis and Clark. Below are the results. 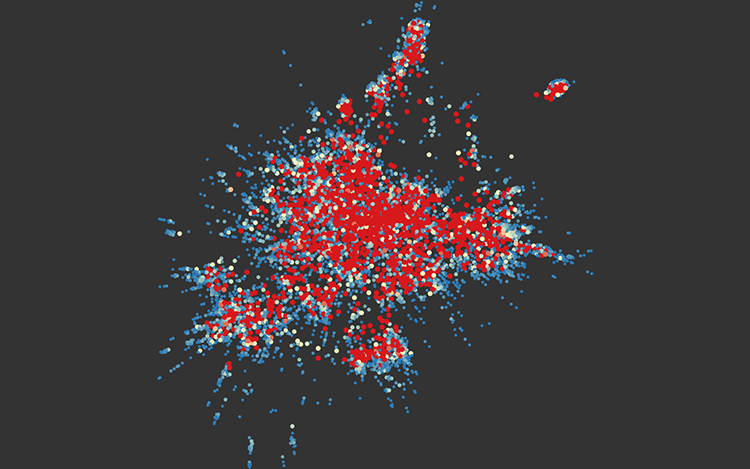 When I initially shared this map, people started charting out the meta-communities that I had inadvertently created. Here's one of my favorite maps: 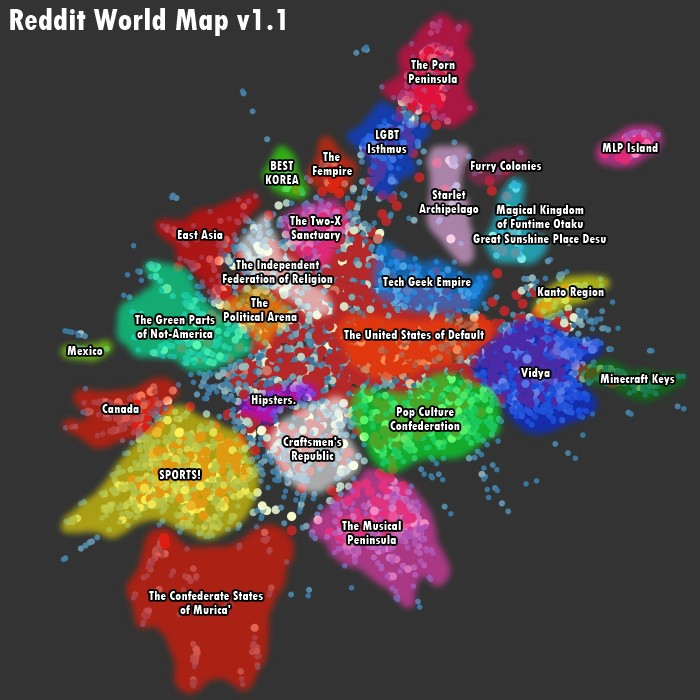 Unbelievably, those very same meta-communities popped out in the clustered version of the map. 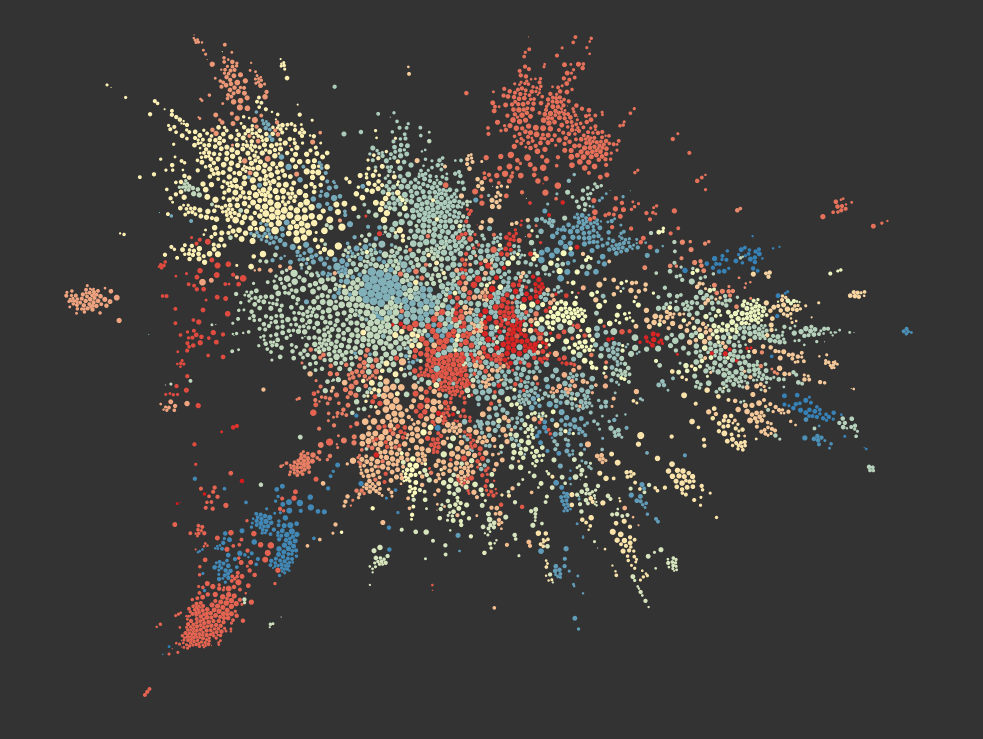 We see the active gaming cluster: 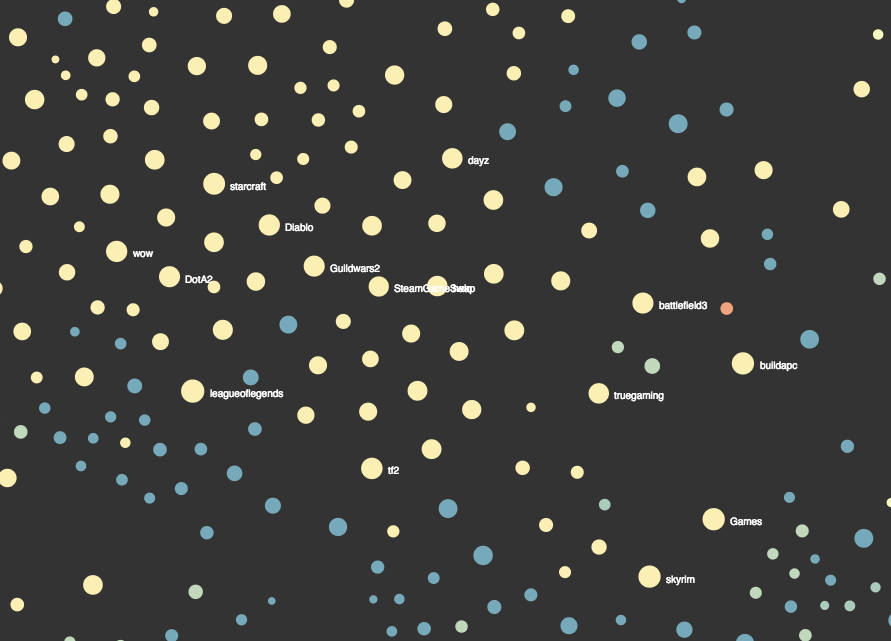 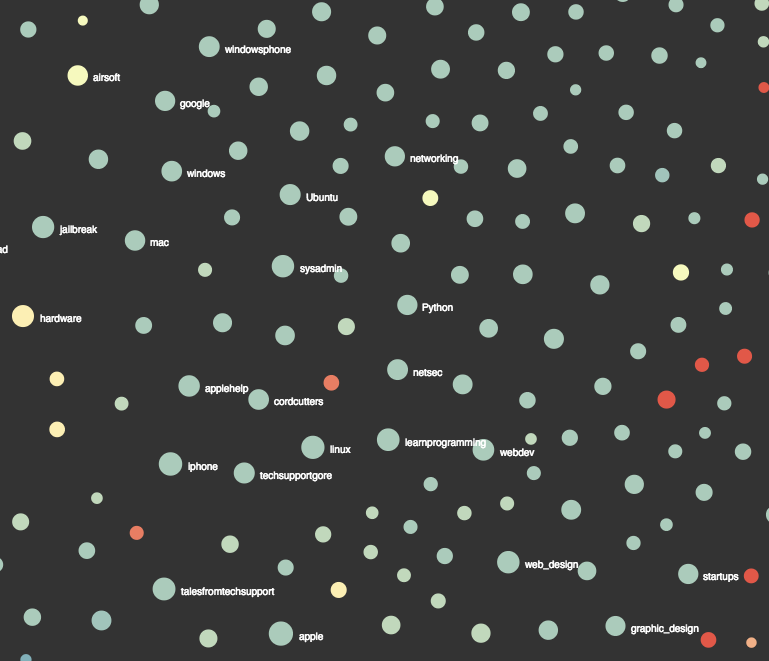 The isolated My Little Pony island: 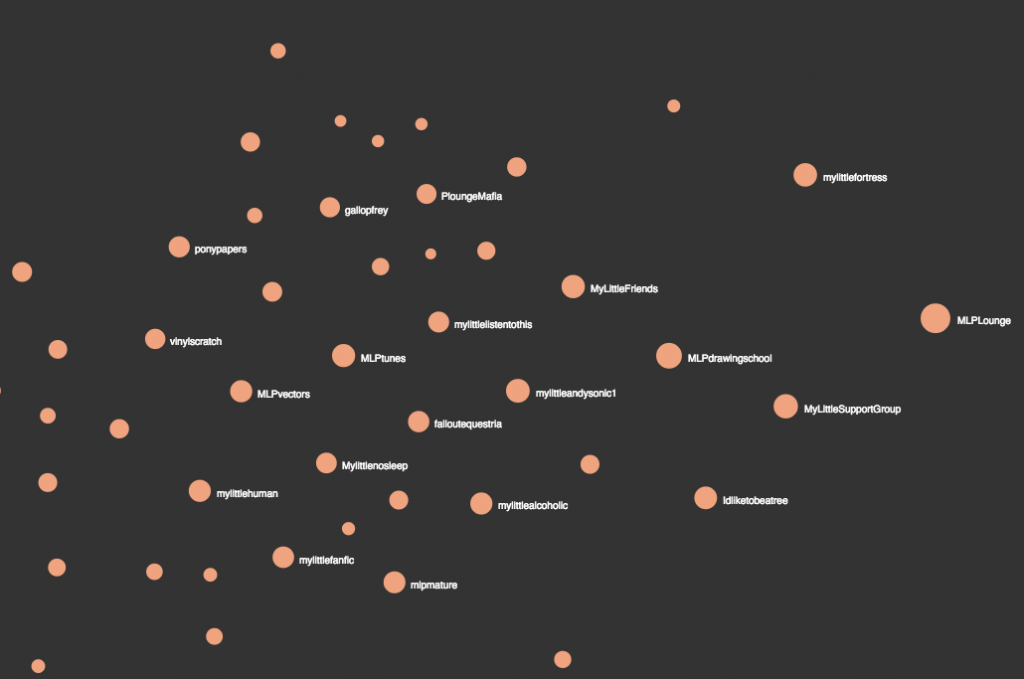 Again, I made this interactive version available online to explore and make use of.

If you'd like to read more about how these maps are constructed, you can read the corresponding research article here.

Where do we go from here?

Come, my fellow Lewis and Clarks. Let's map out the untamed lands of social media.