Earlier this week, Google announced that Psy's insanely viral YouTube music video, Gangnam Style, officially broke the 2,147,483,647 view barrier. What's significant about that number, you ask? That's the largest number that can be encoded by a 32-bit integer number. The folks at Google never suspected a video would exceed 2 billion views until Gangnam Style came along, essentially meaning that Gangnam Style is single-handedly responsible for forcing the Google team to upgrade YouTube's view counter to a 64-bit integer encoding.

Considering the last time I watched Gangnam Style it was still in the measly 200 million view range, I was pretty shocked when I heard that it had recently broken 2 billion views. To put Gangnam Style's view count in perspective, I charted the top 30 most-watched YouTube videos of all time from Wikipedia: 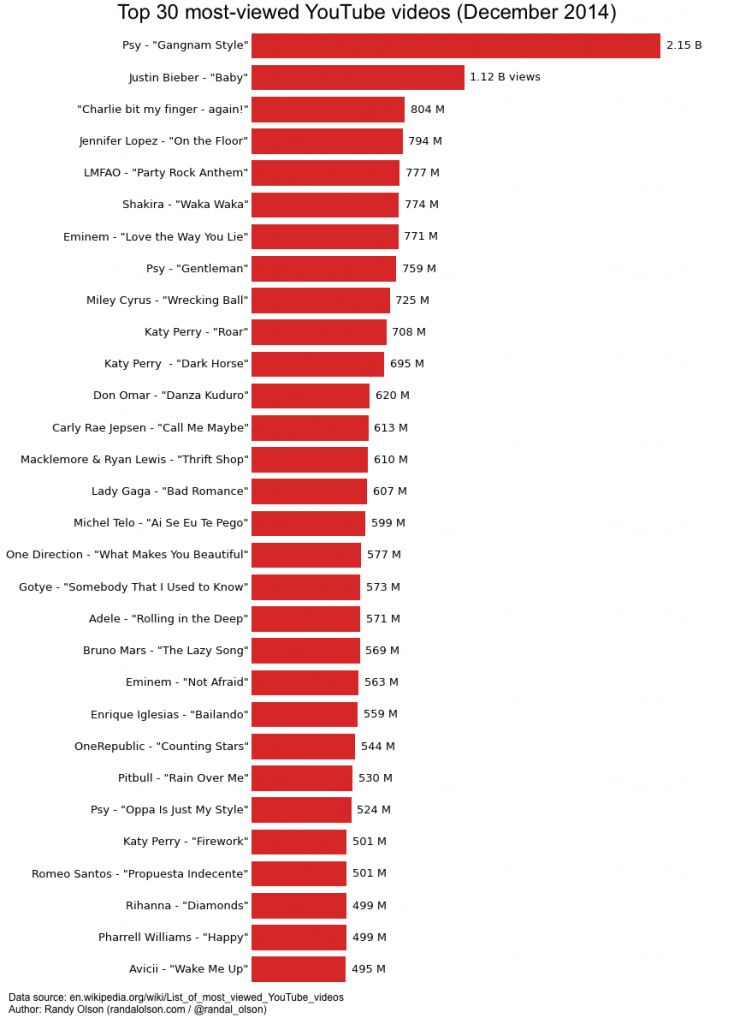 An estimated 3 billion people around the world -- roughly 40% of the world's population -- will be connected to the internet by the end of 2014. Gangnam Style has almost as many views as the number of people who have access to the internet, worldwide, and it's still growing.

As a further testament to Psy's YouTube dominance, 2 of the top 10 -- and 3 of the top 30 -- most-viewed YouTube videos were made by Psy. The only artist to even come close to Psy is Katy Perry, but her three top 30 video view counts don't even add up to more than Gangnam Style's alone.

Of course, the list above slightly favors older YouTube videos like Charlie bit my finger that were posted almost a decade ago. To give a better idea of the momentum that these videos have, I sorted the top 30 videos by the average number of views they received per day since the day they were posted. 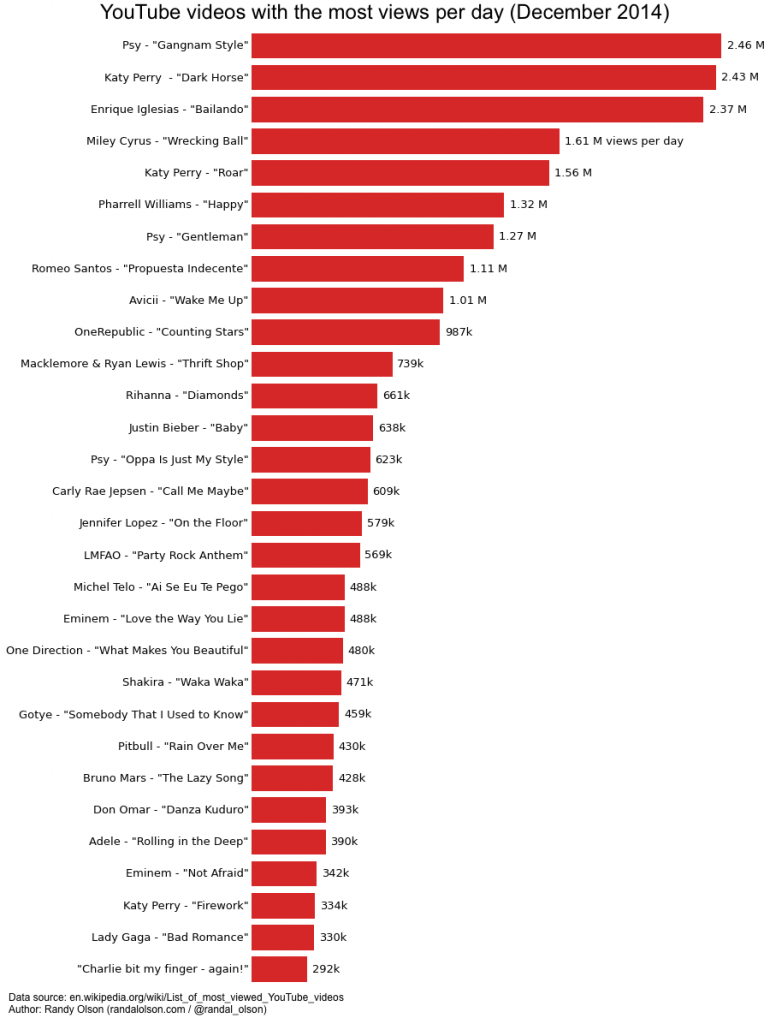 From this perspective, the view count race is far more competitive. Katy Perry's Dark Horse and Enrique Iglesias' Bailando -- both posted in early 2014 -- have managed to maintain the same "view count momentum" as Gangnam Style. Meanwhile, we see that oldies like "Charlie bit my finger" are really just resting on their laurels and will likely fall into YouTube obscurity by next year.

As YouTube continues to grow, it will become increasingly common to see view counts in the billions. But Gangnam Style still holds the bragging rights for being the first to "break" YouTube.

Update (December 7, 2014): Daniel Hadley did a great follow-up to this post looking at the most popular non-music videos on YouTube.