How Americans make a living based on their age

As I discussed in my last post, certain industries in the U.S. draw a younger (or older) demographic than others. There are a variety of reasons that younger people are more likely to work in a shoe store than a funeral home, but I'm not going to touch on that here. Instead, in this post I want to provide a more detailed view of the U.S. Bureau of Labor Statistics employment data. In the chart below, I plotted employment in the 13 high-level industries tracked by the BLS as a function of age groups ranging from 16-19 to 65+.

To read this chart, start with the x-axis, which shows the age groups tracked by the BLS in order. The y-axis shows the percent of Americans in that age group who are employed in each industry. Lastly, the color of the lines indicate the industry, which are listed on the side of the cart. For example, the light blue line sitting at 25% for the 16-19 age group indicates that 25% of 16-19 year olds work in the "Wholesale and retail trade." You can follow that light blue line to see how different age groups move in or out of that industry. 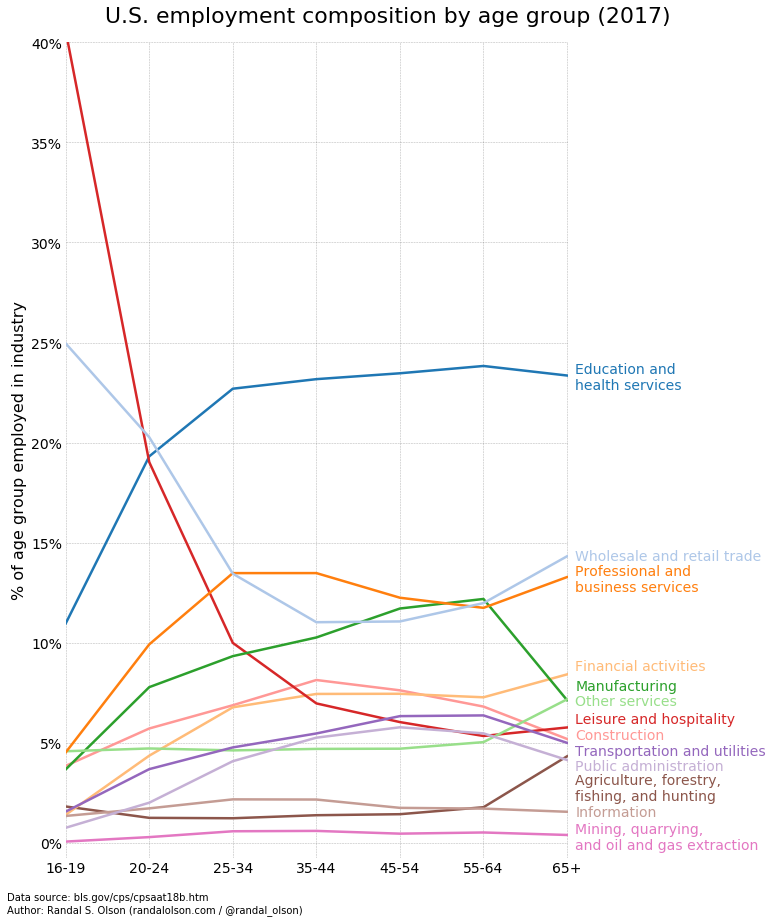 You can download the dataset as a CSV file here if you'd like to work with it yourself.