Insight from "Don't be such a scientist"

communication don't be such a scientist outreach randy olson science

This week, I sat down to read Randy Olson's book, "Don't be such a scientist." Other than the fact that Randy and I share the same name (and nearly the same profession!... or at least, we used to), we apparently share the same interest of effectively communicating science to the public. When I finished reading his book, I started reading the reviews online, and was sorely disappointed with one common problem among them: the main message of Randy's book seems to have been lost to most everyone!

Many reviewers critique his book as if it were a guide on how to communicate science to the public, or especially on how to spice up your powerpoints so people won't doze off by slide 4. If you watched Randy's documentary Flock of Dodos (which is an instant watch on Netflix, by the way), it's clear his mission goes beyond writing a self-help book on "communicating your science to the public."

The United States of America is facing a serious epidemic right now: nearly half the nation, ~150 million people, don't think Darwinian evolution is a reality, despite the overwhelming evidence supporting it. 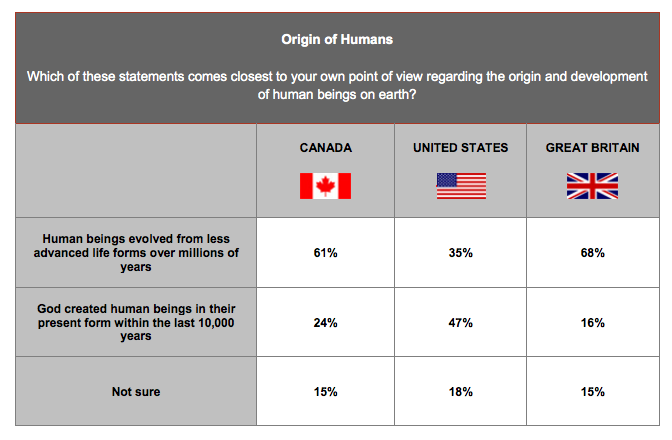 The Intelligent Design movement, with its catchy slogan "Teach the controversy" and millions of dollars being poured into public relations, is clearly winning this battle at present, despite the fact that they have no data whatsoever legitimately supporting their position. I don't think I have to belabor the point of what an impact it would have on society if the majority of the U.S. public distrusted scientific reasoning. What's worse, some of the greatest scientific minds of our time don't seem to care that we're losing this battle.

This is where I think Randy's book really shines: he offers a new strategy to combat the anti-science movement.

The attackers of science are a potential communication opportunity. They are a source of tension and conflict. They can actually be used to tell a more interesting story, one that can grab the interest of a much wider audience.

We shouldn't look at the anti-science movement as an annoyance, or a group of idiots to disdainfully look down upon. Instead, we should see them as an opportunity. An opportunity to tell a story that the public is longing to hear: where scientists are the superheros saving their innocent mothers from the lies and persuasions of the treacherous, power-hungry men from the evil anti-science empire. The public eats this stuff up; why do you think all the popular movies follow the same, general plot line every time?

As scientists, we've been afforded a rare opportunity to bring ourselves into the light of the public as the "knights of truth and justice" that we are. Why aren't we taking advantage of it?

Randy's book does a much better job of explaining this idea and why it's so promising, and Flock of Dodos stands as a shining example of his idea in action. Check them out, then come join your fellow Knights of Truth and Justice in their crusade against the evil Anti-Science Empire.