Sharing your passion for science with the world through reddit: Interview with Unidan

For the third and final interview in this series of posts about science outreach on reddit, I'm interviewing a "reddit celebrity" who became famous for sharing his passion for science with the rest of the world through reddit. If you missed the previous interviews, I've already interviewed a postdoc who gave a reddit IAmA and a professor who runs reddit's AskScience forum. Hopefully I've convinced you by now that it's more than worth your time to engage in science outreach through reddit, but if not, give this post a read and see if it floats your boat.

Today I'm interviewing reddit user Unidan, affectionately known to reddit users as "The Excited Biologist." Outside of reddit, Unidan is known as Ben Eisenkop, and works at a public university as a graduate instructor. When he isn't teaching students at his university or imparting random bits of knowledge to the public on reddit, Ben works as an ecosystem ecologist, primarily working with wild bird populations. 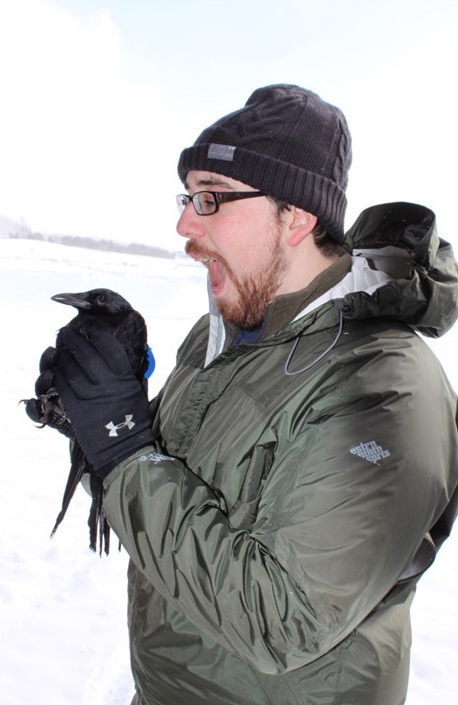 Ben became famous on reddit when he started showing up in random conversation threads and imparting tidbits of scientific knowledge related to the conversation. He'd always start the comment with the phrase, "Biologist here!," then proceed to go into excessive detail about the most random facts. Here are a few examples: [1] [2] [3]. 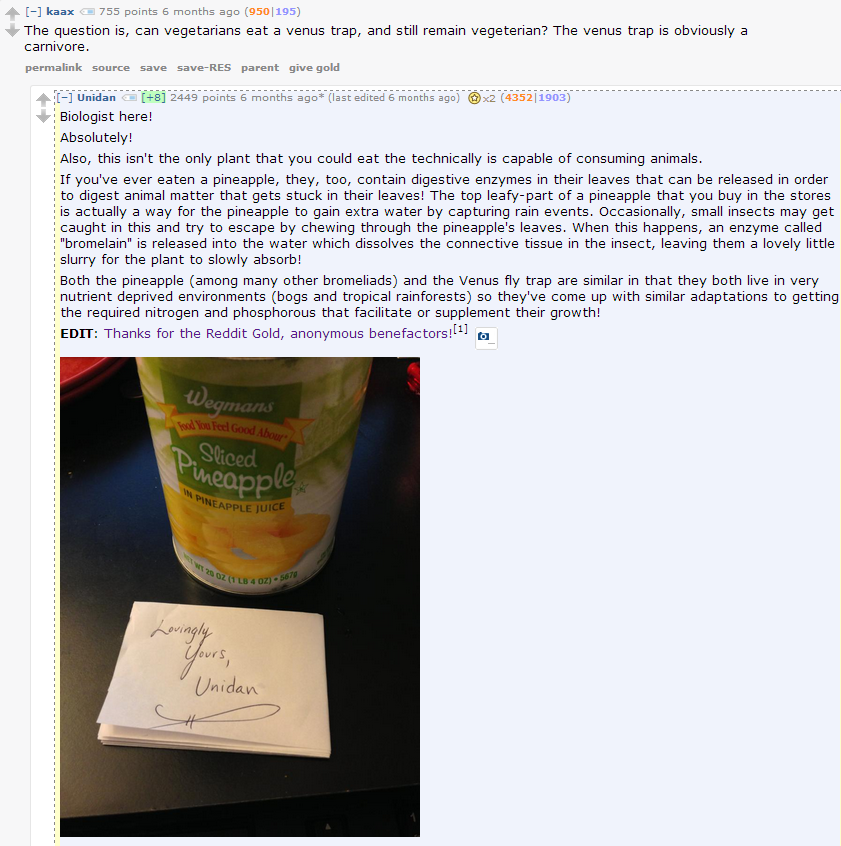 One of the classic responses that earned Ben the nickname, "The Excited Biologist"[/caption]

Ben's enthusiasm and scholarly tone won over the hearts and minds of reddit's users, who demanded that he run an IAmA session so they could ask him everything they want to know about science. That IAmA ended up becoming one of the most successful IAmAs on reddit to date and ran for over 5 months, reaching millions of users and inspiring them to learn more about science.

Whenever someone has a random science question on reddit, inevitably someone will begin chanting "/u/Unidan, /u/Unidan, /u/Unidan!" in hopes of summoning him to the thread to share his wisdom. In return for his time and knowledge, reddit users shower him with gifts and adulation. There's even talk of Ben running a nature-focused YouTube series backed by reddit. Doesn't this sound like the kind of interaction you'd love to have when engaging with the public?

Below is my interview with Ben. My questions are bolded.

What motivated you to use reddit as a science outreach tool?

Well, I started using Reddit more as a time-wasting device, actually, like most people do! It wasn't until I started releasing little tidbits from my day or things that I've accumulated in my work that people began to really take interest. Eventually, I was asked to do an AMA which took off while I was asleep, and I woke up to quite a myriad of questions!

How do you use reddit to communicate science to the public?

I try to be very conversational. In my opinion, Reddit's semi-anonymity is perfect for straining out bad questions, but also letting people ask incredibly honest ones that even my real students would be very reluctant to ask, due to how they may be perceived by others. For me, that lets me answer some very fun questions and look at problems from angles that I've never considered before, especially when I get to speak to people outside of the biological sciences.

What are the pros and cons of using reddit as a science outreach tool?

The pros are that I can really respond at my leisure, and I can gather myself up pretty nicely and revise exactly what I want to say and convey instead of having to do it immediately on the spot. I respond, in my own opinion, pretty quickly, regardless, but it's still nice to be able to fact-check myself before I give someone advice, and it's also great because I can converse with people for months or sometimes years in sparse little pieces all over the globe! It's been incredible to talk to people with such a wide variety of experiences and backgrounds.

My AMA was extremely positive, and went on for six months straight! I'd say most people that I interact with are incredibly positive, and I've even managed to change the minds of a few of the bad ones. People's opinions of me are certainly normally distributed though, as there's always people on the extreme negative side, too: I've gotten death threats, things sent to my actual address, etc. I don't worry too much, though, I figure most of that type of stuff are just pranks gone a bit too far! :D

I've done talks at schools from time to time, and symposium visits within academia, of course. I was recently invited to go to SUNY ESF and Syracuse University and was able to convince a colleague of mine to help me bring a falcon with us and, together, we gave a talk on the ecology of birds, which was a lot of fun! Here's a video of the falcon from the talk that day. Comparing the experiences is a big difference, people commend me for answering a wide variety of questions, but honestly I think answering extremely technical questions from members in your own field is much more difficult. I've gotten some really intense questions from other biogeochemists in person, and those are the real thinkers, instead of the more trivial type of questions I'm often asked on Reddit. At least online, I'm not often asked to solve difficult chemistry equations!

It was a ton of fun, I had a blast! Near the end, I felt bad because I was often directing people to incredibly long diatribes I had already written as many of the questions were beginning to repeat themselves, but there was a certain sense of accomplishment that came with helping a lot of younger people find direction and solve specific problems. One of the funniest things was the massive outpouring of homework questions that came via PMs on Reddit, I've never done private tutoring, but now I feel like I can list it on a resume, haha!

Never talk down to people, always give them the benefit of the doubt and talk to the height of your intelligence. That's not to say be incredibly verbose or overly didactic (like using the words "verbose" and "didactic"), but rather, assume your audience is able to follow along. If people feel like they're being talked down to by some "knowledgeable person," they'll tune out, regardless of the message. And if you're wrong about something: admit it! It happens to me all the time. I'm probably wrong about something right now! It's nothing personal, and admitting it doesn't make you less of anything, in my opinion, if anything, it makes you much more credible.

It takes less than a minute to sign up for reddit. Conversations about science happen every day on reddit, and are perfect opportunities to practice how you communicate science and share your knowledge with the world. What are you waiting for? Give it a shot!