As a followup to my previous blog post about using reddit AMAs as a form of science outreach, I thought it'd be helpful to interview a few scientists who are already doing science outreach on reddit and discuss their experiences. If you're on the fence about whether reddit is a good place to do science outreach, give these interviews a read and see if it sounds like your cup of tea.

My first interview is with Bjørn Østman, a 4th year postdoc and computational evolutionary biologist at Michigan State University. Bjørn holds a M.S. in Astrophysics from the University of Copenhagen, a M.A. in Biology from UC Santa Barbara, and a Ph.D. in Computational Biology from the Keck Graduate Institute. During his free time, Bjørn runs the Carnival of Evolution, a popular monthly review of the latest research on evolution. He also blogs about evolution and his interactions with creationists on his personal blog.

Last Sunday afternoon, Bjørn ran an impromptu reddit IAmA to talk about his research and evolution in general. Following standard IAmA practice, he posted a picture verifying that he was the actual person answering the questions. 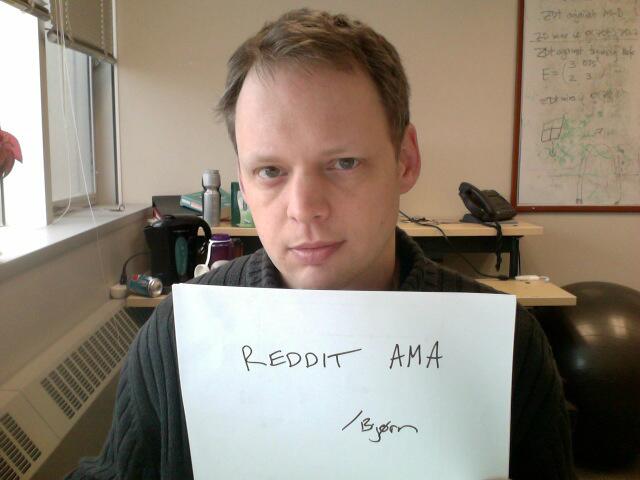 He also provided a brief introduction to himself and his research so people knew what kinds of questions to ask. He wanted to make it clear that he was giving the IAmA to discuss evolution and careers studying evolution.

Within 5 hours of starting, the IAmA had reached the front page of reddit, "the front page of the internet." That means that around 2.8 million people around the world logged into reddit that day and saw his IAmA (estimated from these stats). 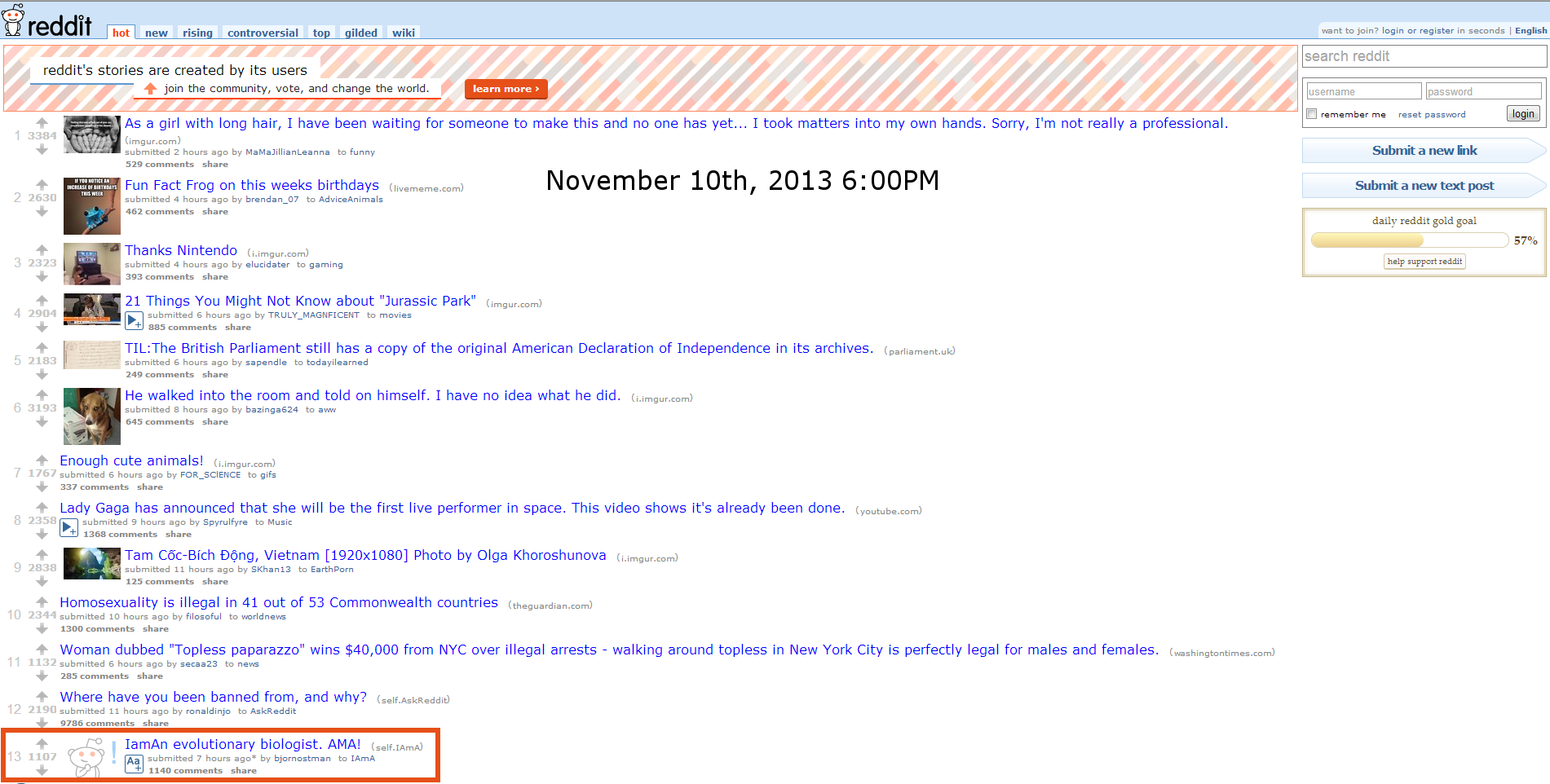 After 24 hours, the IAmA was still active with users asking questions and discussing evolution. If you look at the second picture I included, users had posted over 2,000 comments focused on Bjørn, his career, and his research. A simple post and a few hours of his time had inspired thousands of users to learn more about evolution -- and some even to pursue a career studying it.

Below, I interviewed Bjørn about his experience giving a reddit IAmA. My questions are bolded.

What motivated you to use reddit as a science outreach tool?

This post did, actually. I really like talking about evolution, and figured that a Reddit AMA would solicit a few questions. I was overwhelmed by the interest.

What are the pros and cons of using reddit as a science outreach tool?

One pro is that it apparently has a lot of users and that they are particularly inquisitive.

I most enjoyed answering questions about my career, actually. That seemed to be helpful, I hope, to a lot of people who want to be a scientist. No negative experience with his AMA.

I blog, I do Carnival of Evolution, and I have participated in some school and high school programs through BEACON. I really like that Reddit has so many users that can be reached so easily.

It was intense. I answered questions for 8 hours straight, and still go back there to answer a few questions. It was a genuinely positive experience, and I'd like to do a more focused one again soon.

Yes, just do it already, but be prepared to spend a long time on it. I can only imagine how disappointing it is for people with burning questions, and then they don't get an answer.

Bjørn added that creating a Frequently Asked Questions page (FAQ) as he encountered the same questions repeatedly was a major time saver.

If I had known about Reddit AMAs before, I would have done it a long time ago. This way I can reach many more people than via blog, Twitter, Facebook, and G+ combined.

If a reddit IAmA sounds like something you'd like to do, make sure to read this guide on how to run one. Like any online community, reddit has its own culture and customs that are important to know about before you wade into the community.