The key to Magnus Carlsen's success as a chess grandmaster

For the fifth installment of my series of posts analyzing a data set of over 650,000 chess tournament games ranging back to the 15th century, I wanted to focus in on Magnus Carlsen and try to understand what makes him such an exceptional chess player.

In November 2013, Magnus Carlsen soundly defeated the reigning World Chess Champion, Viswanathan Anand, and added "World Chess Champion" to his wardrobe of prestigious titles that he's earned in the past decade of playing chess. Many seem to think that it's Carlsen's ability to wear his opponents down and win games that's been the key to his success lately, but a recent analysis of his games since 2001 seems to suggest otherwise. 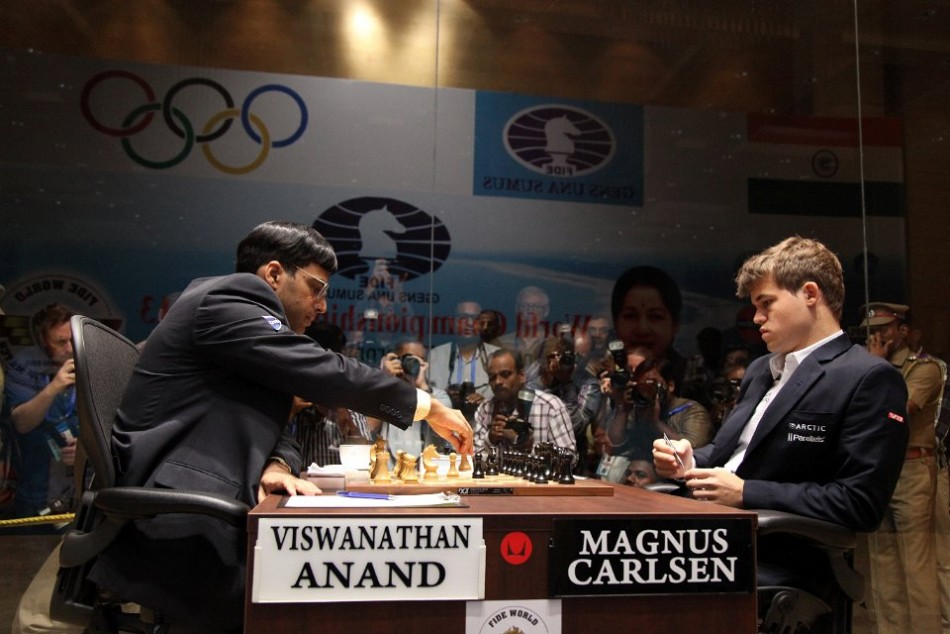 Anand vs. Carlsen in the 2013 World Chess Championship[/caption]

Magnus Carlsen's meteoric rise to the top started like many of the other chess prodigies. He appeared on the scene in the early 2000s as an ambitious young grandmaster, quickly rising to the ranks of the elite (2750+ Elo rating) within half a decade.

Viswanathan Anand, Vladimir Kramnik, and Veselin Topalov all followed similar trajectories in the 1990s, but eventually stagnated in the sub-2800 territory under the shadow of Garry Kasparov. In 2009, Carlsen seemed to be suffering the fate of the many prodigies before him. Then in 2010, Carlsen made an incredible move: After winning a flurry of chess tournaments, he surpassed Kasparov's Elo rating and never stopped growing from there. At this rate, Carlsen seems poised to be the first ever chess player to break a 2900 Elo rating. 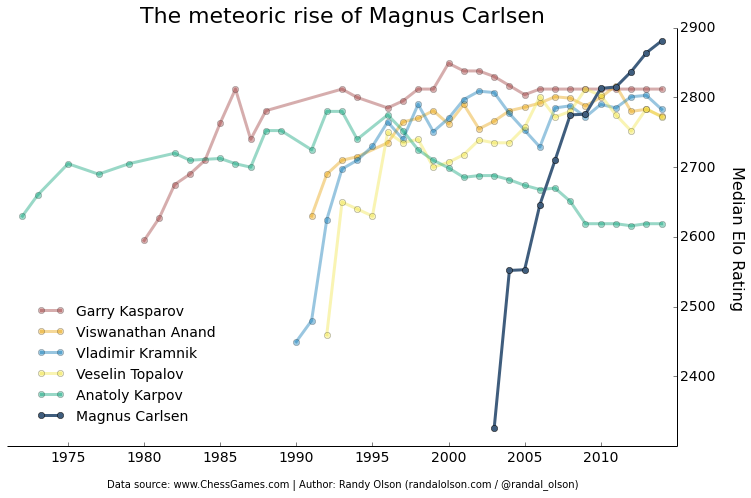 What has been the key to Carlsen's success? Below, I charted Carlsen's win, loss, and draw rates since 2001. Surprisingly, Carlsen doesn't seem to be winning more games today than he did in 2001. Instead, it appears the key to his success is taking games that he used to consistently lose -- especially games as Black -- and instead forcing them into a draw. 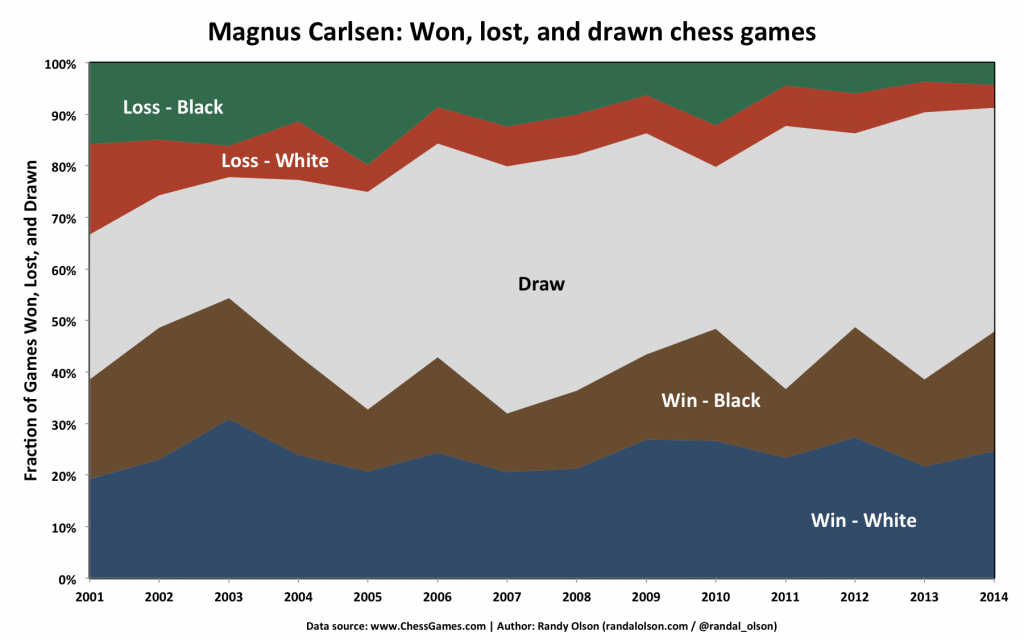 Interestingly, this trend mimics the evolution of chess game outcomes since 1850: Every year, more games are ending in draws rather than conclusive wins. It seems that the ideal modern grandmaster is better at forcing a draw to prevent a loss than checkmating their opponent.