Where Democrats and Republicans want their tax dollars spent

Last week, I revealed the shocking age divide in where Americans want their tax dollars spent. This week, I'd like to focus on where Democrats and Republicans agree and disagree on how American tax dollars should be spent.

To recap: I've been working with the UT Energy Poll on their latest poll for the past month, and I've had the chance to preview the issues that Americans think are important when voting for their representatives. This nationally representative poll asks Americans the question, "Where is it most important for the U.S. government to spend your tax dollars?," and they're given 8 options: 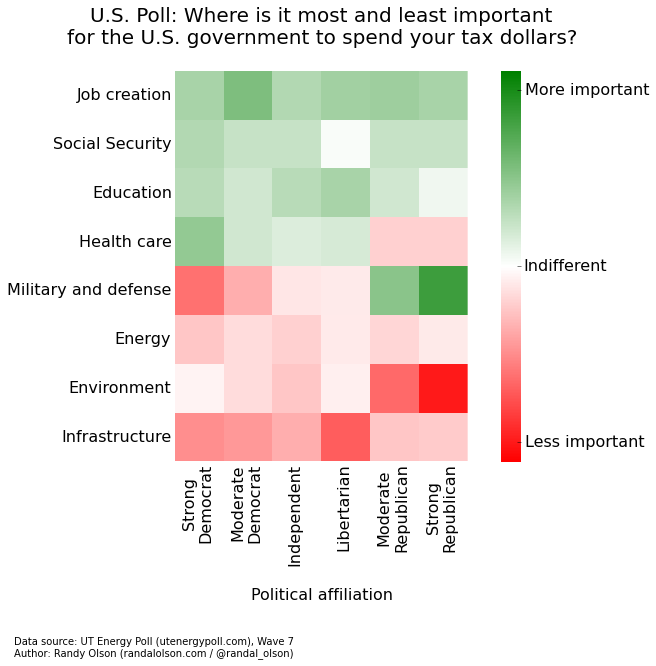 The options are ordered by overall preference -- with "Job creation" sitting at #1 and "Infrastructure" dead last -- to show where Americans want to see their tax dollars spent the most overall. The common contentions between Democrats and Republicans immediately reveal themselves in the middle of our national priority list: Democrats favor spending on health care, whereas Republicans would rather see those tax dollars spent on the military.

Republicans are also heavily against spending on the environment, which is an unfortunate political development within the past 20 years. Perhaps the most unfortunate trend revealed in this chart, though, is that no political party seems to think that energy, the environment, nor infrastructure are particularly important to spend tax dollars on. Meanwhile, Social Security sits in second place with both Republicans and Democrats agreeing that it's important to pour tax dollars into.

With a climate crisis on the horizon and America's failing infrastructure, we can only hope it's just a matter of time until can Americans get their priorities straight. 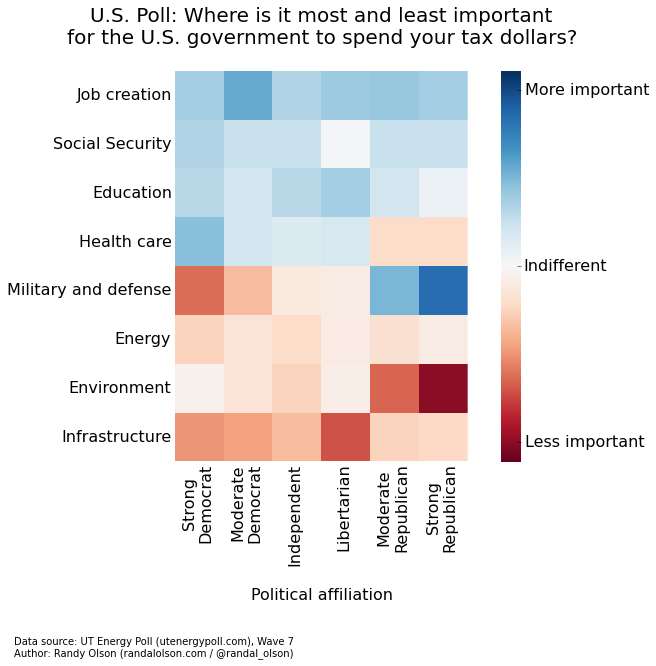