For this post, I'm going to test run a new post series called Spurious Extrapolations, where I extrapolate time series far beyond reason and envision what would happen if the trend continued. Let me know what you think of the series in the comments.

A couple years ago, I wrote an article showing that modern college students in the U.S. have to work twice as hard as their parents to pay off their college tuition. As luck would have it, the NCES recently updated their database to 2012, so I thought I'd revisit the study to see how college tuition costs compared to minimum wage up through 2012. 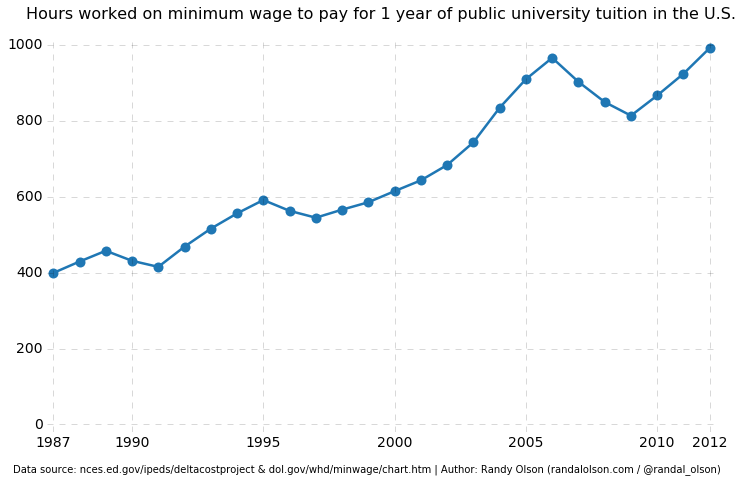 Sure enough, the same trend holds: The average college student in 2012 has to work 2.5x as many hours on minimum wage as the average college student in 1987 to pay for the same education. It's no wonder our parents think that working your way through college is so easy: It was easy back in the day in comparison! Nowadays, soaring college tuition costs combined with stagnating minimum wages have helped cause the worst student debt crisis the U.S. has ever faced.

But this is all old news, right? That's when I got to thinking: What if the U.S. minimum wage and college tuition costs keep rising at the same rate they have been?

If you've followed my blog for any length of time, then you know I wasn't content just to ponder. I fit a linear regression to the data points above, then used the regression parameters to extrapolate the trend beyond 2012.

Now, let's dispense with those tiresome warnings and have some fun. Let's extrapolate the trend of rising tuition costs to 2100: 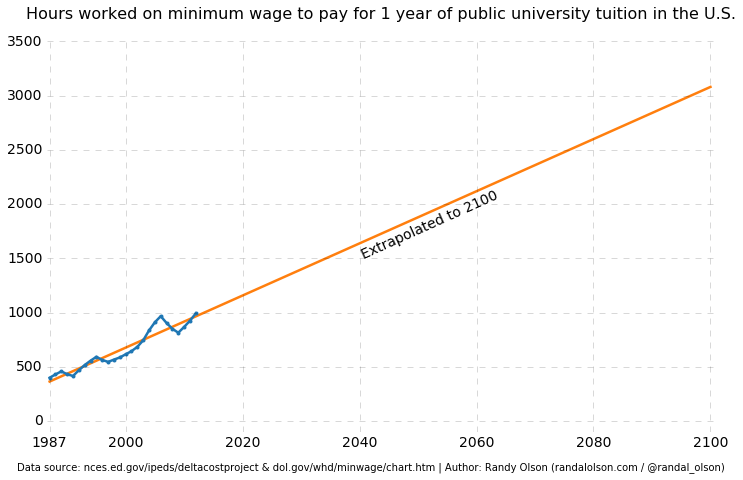 As the college students of 2100 ring in the new century, the average student will have to work over 3,100 hours on minimum wage to pay off one year of their college tuition. Let's put that into perspective: If they spread those 3,100 hours evenly over the year, they would have to work 60 hours every week just to pay for tuition! Forget Netflix and chill: how about nap time and pay off my college bill?

But wait, it gets worse. So much worse. What if we focus on one of the most expensive public universities in the U.S. -- say, Pennsylvania State University, where the Pennsylvania legislature refuses to raise the minimum wage beyond Federal mandates? 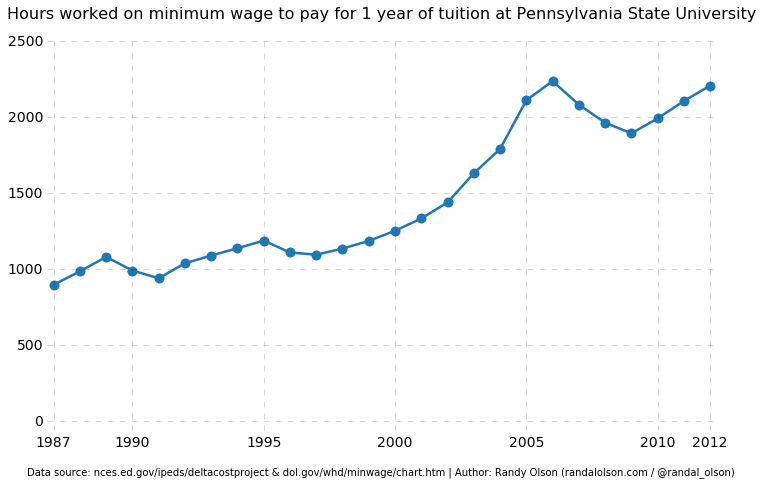 PSU students were already in dire straits in 1987. In 2012, PSU students had to work over twice as many hours on minimum wage as the average modern college student to pay off one year of their college tuition. Now, what if we extrapolate PSU's college tuition costs to 2100? 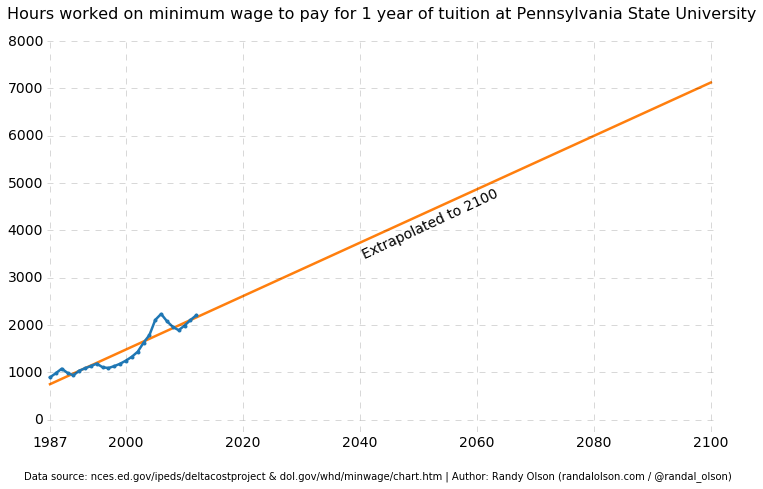 Holy smokes! PSU students in 2100 are stuck working over 7,000 hours on minimum wage to pay off just one year of tuition.

Again, let's put that into perspective: There are 24 hours in a day, 7 days in a week, and 52 weeks in a year, so that means we have about 8,700 hours to work with each year. PSU students of the future would have to spend 4/5 of their year working on minimum wage to pay off that year's college tuition.

In this dystopian future, PSU students would wake up at the crack of noon to go to classes for a few hours. After that, they'll rush off to their 19-hour-a-day work shift, then maybe try to put in a couple hours of sleep before it all starts over again. Maybe they'll get lucky and sneak in a few minutes to eat, but that's unlikely because their entire paycheck is going toward the tuition bills. 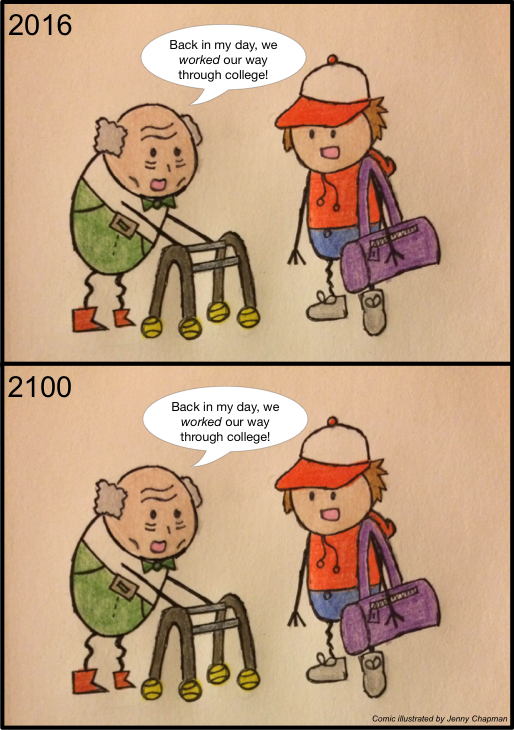 Obviously, these extrapolations were all made in jest, and we shouldn't really believe that college tuition costs are going to spiral out of control that badly. But maybe, just maybe... it'll make us think twice about the underlying problems that created that dangerous upward trend in the first place.